Alicante and Vigo, the first to pay the bill for Christmas lights this 2022 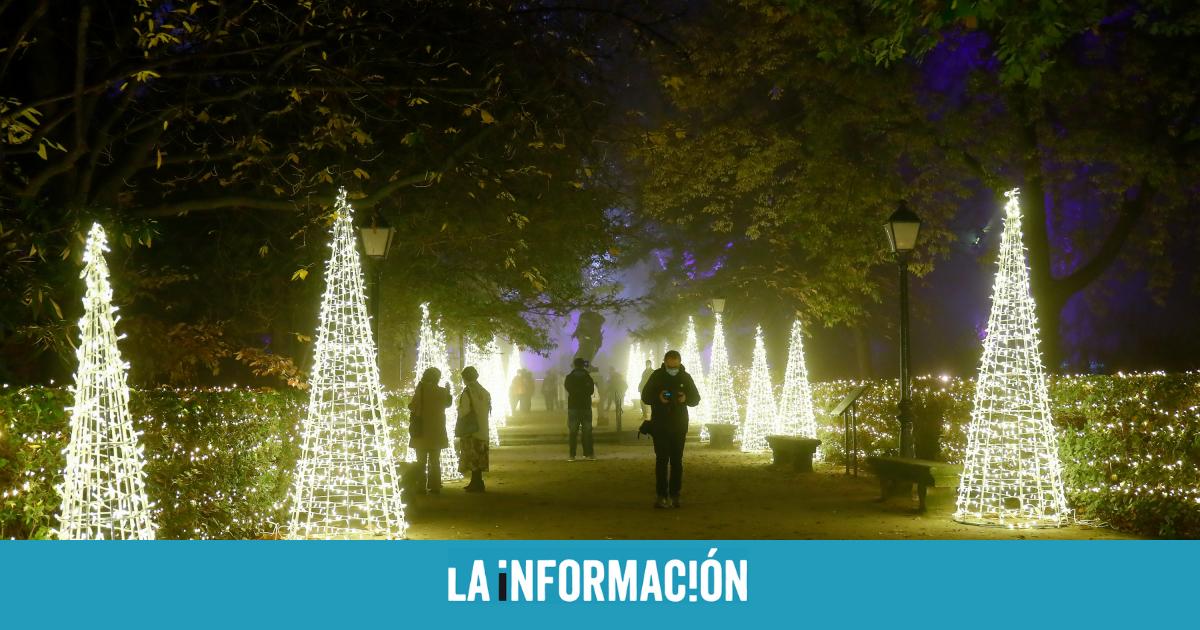 The Christmas lights they will light up this Friday in Alicante and Saturday in Vigoand Christmas electricity bills will be launched for the upcoming holidays, during which the streets of Spain will be lit, yes, but in most cities with an eye on saving electricity.

Faced with the high price of electricity, but, above all, with the desire to set an example for the public, most of the municipalities consulted by EFE, regardless of their political color, will seek a balance between reducing their costs and not renouncing the claim that means illuminate the streets.

In the cost reduction stand out Barcelona and Seville, in which it will be around 30%, as in Alicante itself. The City Council of this city announced last Monday that this year its city will be the first to flip the Christmas lighting switch. Vigo will be next. In the case of Madrid and Barcelona, ​​the date set is November 24.

Madrid stands out for not having adopted any saving measure: It will maintain the same lighting as last year. Its mayor, José Luis Martínez-Almeida, has specified that each hour of lighting costs 180 euros, which is a “perfectly affordable” cost.

The Vigo mayor’s office, which had been increasing the number of lights year after year, has opted to install the same number as last year. In addition, in the Galician municipality the time in which they will remain on will be reduced. Along these lines, Barcelona will keep its Christmas lights on from the aforementioned November 24 to January 5, but for 217 hours, 42 less than last Christmas, thereby reducing electricity consumption by 31%.

For its part, Seville will cut the days of lighting and has decided to delay the start of lighting by ten days to start it up on December 5. In addition, it will adopt LED technology to achieve savings of 30% compared to Christmas 2021. Huelva and Almería will be the first Andalusian capitals to put on Christmas lights -on November 25- despite the recommendations of the Junta de Andalucía to minimize light pollution and optimize energy consumption, a measure with which cities always seek a more attractive environment for commerce and tourism.

A day later – on November 26 – Malaga will do it, a day that hoteliers and merchants demanded, but two hours less per day compared to last year, as a “gesture” to raise awareness; Cádiz will do it on December 2. In Bilbao, the Christmas lights will be turned on on November 30; in Valencia, on December 2.

Thus, Bilbao It will delay the switching on of the Christmas lights by a week. San Sebastian and Vitoria They will cut the hours of the lights, with the difference that the first will delay the opening date compared to 2021 and the second will bring it forward at the request of the commercial sector. The Valencia City Council For the moment, it is not going to adopt any extra energy saving measures because it has been reducing the bill in the last seven years with a multi-year contract through which it has reduced energy consumption by more than a third.

The Palms of Gran Canarialike Santa Cruz of Tenerife, continues to design with the businessmen of the commercial areas the energy saving measures to be applied this Christmas. Among the cities where there will be no significant changes is Saragossa, which this year will only modify a specific element. EITHER Valladolidwhose mayor, Óscar Puente (PSOE), has pointed out the need to support “local commerce”.

Burgos will increase its electricity cost by 1,240 euros by installing more lights and Soria has agreed with the merchants a reduction in the lighting hours. Pamplona believes it is important to keep the Christmas decoration on the same days and at the same times because the increase in the bill is not significant in relation to the impact on commerce, hotels and services in general.

logrono He has a multi-year contract on these lights, so the lights will be the same as last year. The consistories of the main cities of Extremadura have approached the matter differently: Caceres and Merida will advance shutdown while badajoz It will keep everything like last year. Murcia maintains the contract from last year and in Toledo the lights will come on on November 26, which will mean some savings.