Apple has finally met the demand for the iPhone 14 Pro

Analysts at JP Morgan track shipping prices for iPhone 14 models around the world to determine the gap between supply and demand. According to the latest note published by experts, this disparity has practically disappeared.

China’s fight against the new COVID outbreak has led to a decline in production of the iPhone 14 Pro, and Apple faces a shortfall of 15-20 million units ahead of the holidays. But now the holidays are over and China has reversed its policy, allowing factories to reopen at normal capacity.

Worldwide shipping dates for both iPhone 14 Pro models are now less than a week away, which analysts at JP Morgan say is a clear sign that the offering has been in demand for the first time since launch.

All four iPhone 14 models have short standby times, averaging around 4 days. For example, delivery to the United States takes about 5 days. In China and Europe, the waiting time is even shorter, around 3 days, and most SKUs are available for in-store pickup. 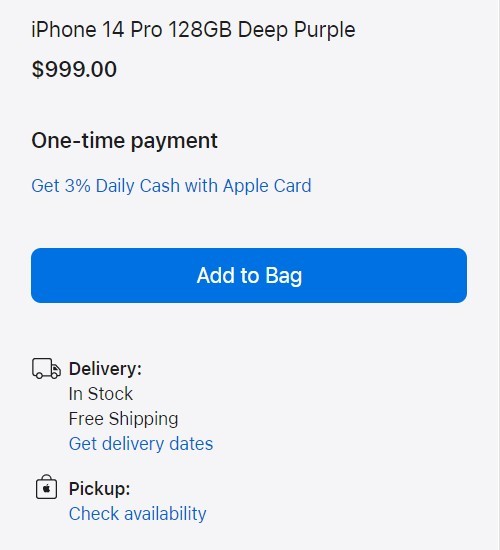 That’s good news for Apple, but the company is still heavily dependent on its Zhengzhou facilities — the so-called “iPhone City” — the only place on Earth that currently manufactures iPhone Pros.

Apple’s partners are already producing vanilla iPhone 14 in India, and Cupertino plans to expand this capacity (Indian-made iPhones currently account for only 5% of total volume, with plans to reach 25% by 2025).

Russia-Ukraine War at a Glance: What We Know on Day 328 of the Invasion | Ukraine