BUENOS AIRES (AP) — Economic groups from the governments of Argentina and Brazil are working on the design of a common currency for commercial transactions between the two countries, an initiative that has raised questions about its viability.

The currency will initially be shared between Argentina and Brazil and used for trade and transactions between the two countries, Brazilian President Luiz Inacio Lula da Silva told reporters after meeting with his counterpart Alberto Fernandez on Monday.

“We want each economy minister to be able to make a proposal to us with his team,” Lula said, noting that access to the currency would mean “many discussions and meetings.”

He also called for the project to avoid dependence on the dollar and to “create” a common currency with the other Mercosur countries, the commercial bloc Argentina and Brazil form along with Paraguay and Uruguay.

“I think it will happen and it’s necessary because sometimes there are countries that have problems getting dollars,” said the Brazilian president, who is visiting Argentina and will attend a Community summit on Tuesday. States of Latin America and the Caribbean (CELAC).

In addition, Fernandez admitted that the two leaders do not know how the common currency will work between the two countries “and in the region … but we know how the economy depends on foreign currencies for trade and we know how harmful that is.”

One of Argentina’s biggest concerns is to stop the repeated dilution of the level of foreign exchange reserves.

The greenback’s recent rise has made it harder for developing countries, including Argentina, to service their dollar-denominated debt. Its central bank uses its precious dollar reserves to pay off its foreign debt and intervene in the foreign exchange market to curb devaluation, so it does not want to sell greenbacks to importers for trade.

Argentina’s economy minister, Sergio Massa, and his Brazilian counterpart, Fernando Haddad, later stressed that the proposal did not mean adopting a single currency instead of the real and the peso.

The leaders of the two countries outlined the general lines of the project in a newspaper article published in the Perfil newspaper over the weekend, in which they said they intend to “overcome barriers to our exchanges, simplify regulations and modernize and encourage using local currencies”.

“Also, this decision was taken to advance the discussion of a common South American currency that can be used for financial and trade flows, to reduce operational costs and reduce external vulnerability,” the presidents said.

Economists believed that the path to the adoption of this currency would be long and complicated.

Maria Castiglioni Cotter, director of C&T Asesores Económicos, told The Associated Press that what the presidents announced was “a mechanism to implement commercial exchange without requiring the use of foreign currency; It does not replace currencies like in the European Union.”

Reflecting on the challenges, he noted that the project would require “increasing trade and capital movements,” which in Argentina’s case would be complicated by existing barriers to access to foreign exchange markets.

The economist argued that a true common currency in Mercosur would require the bloc to have “a central bank that manages a single monetary policy, which would mean giving up monetary policy by each country.”

“This is the end of a whole process of long-term institutional economic integration,” said Castiglioni, who estimates that it will force South American countries to adjust their economies in the same way as they achieved economic success in Europe. Euro.

Argentina suffers from one of the highest rates of inflation in the world – estimated at 95% in 2022 – and its peso has been depreciating steadily for more than a decade. The country has several currency exchange rates, including an illegal exchange rate that Argentines resort to in order to save money.

Brazil is not a beacon of economic stability. In 2022, it has an inflation rate of about 5.8% and has lost half of its value in real dollars since 2014. Latin America’s largest country’s growth outlook remains weak and it has not posted a primary budget surplus since 2013.

“No country has the initial conditions to achieve this success and attract others,” Mohamed A., former CEO of Pimco, one of the world’s leading fixed-income investment managers, wrote on Sunday. El Erian. “The best we can hope for with this initiative is that this conversation creates political cover for some much-needed economic reforms.”

The offer is not original. Lula’s predecessor, Jair Bolsonaro, said during a 2019 visit to Argentina that he and then-President Mauricio Macri were taking the first steps to create a “peso real.” Since then, there has been no sign of progress.

This article was written by Brazilian journalist David Biller 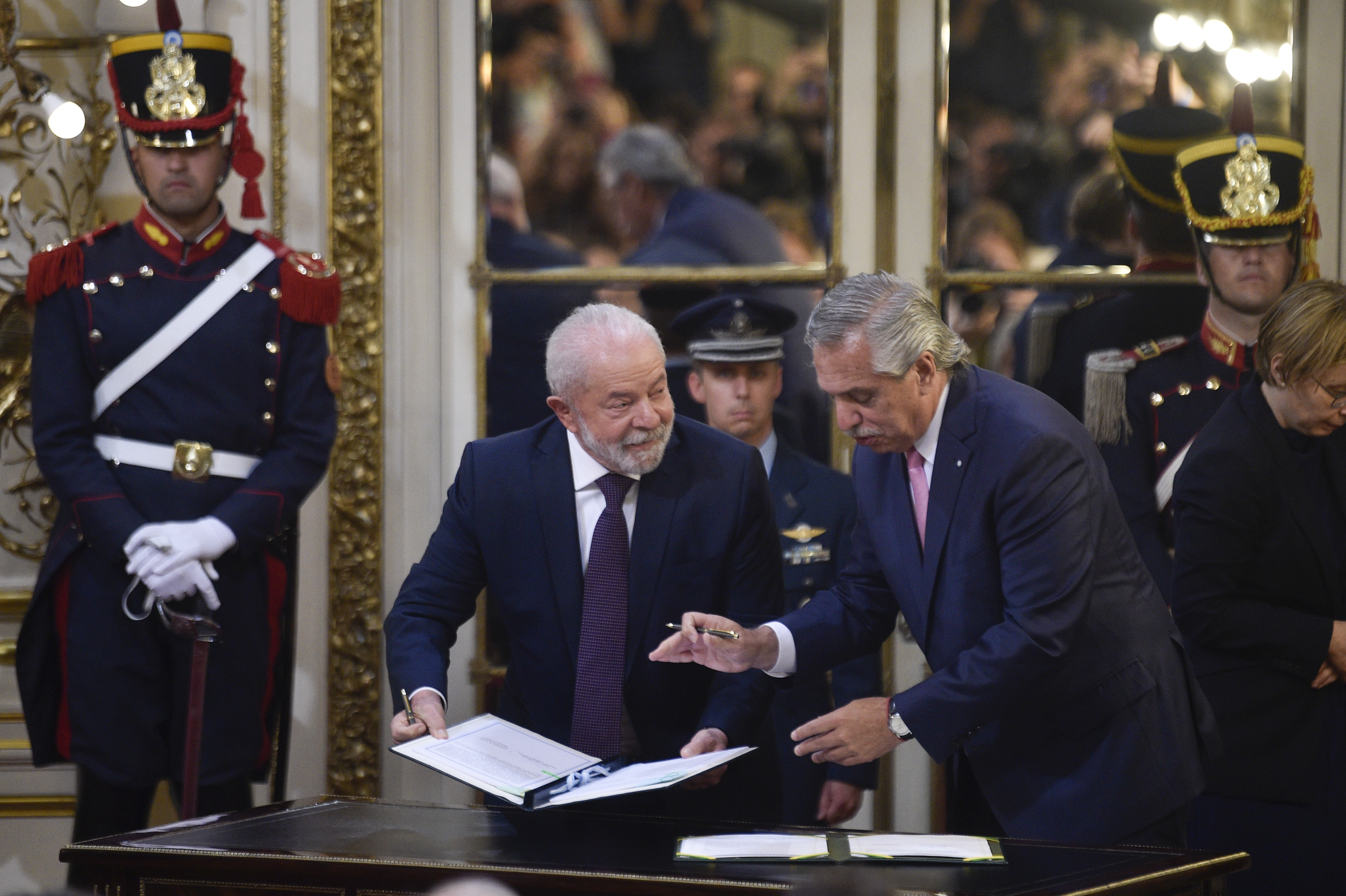 Can gun safety laws affect the frequency of mass shootings?