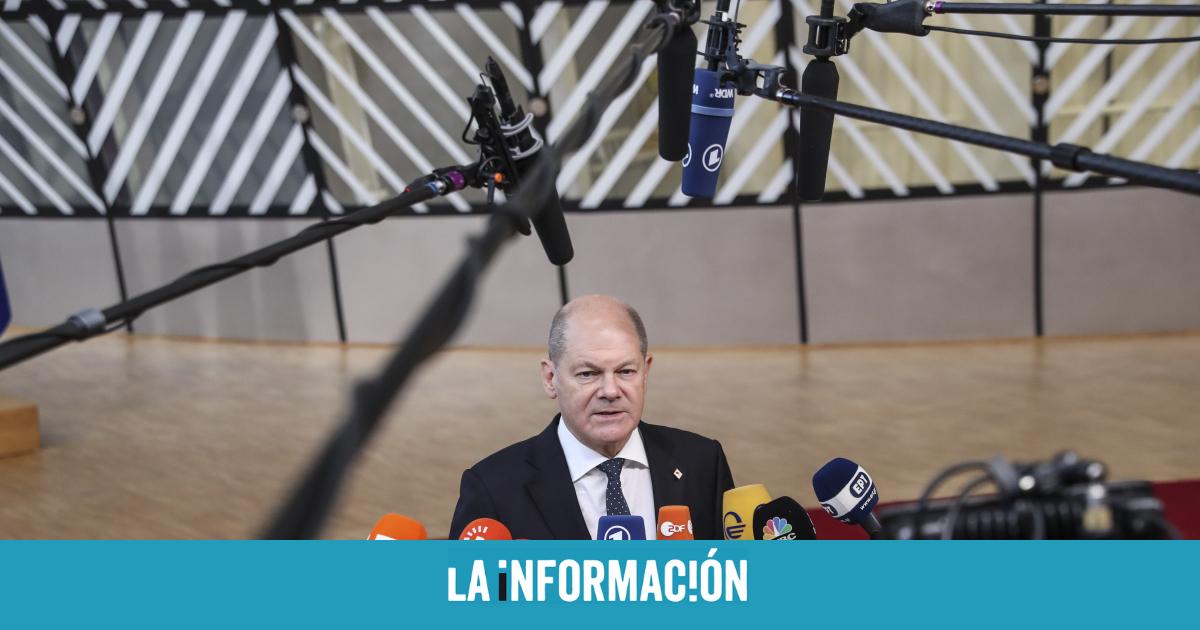 The leaders of the European Union have appealed this Thursday to the unity of the Twenty-seven to agree energy solutions in the face of the rise in market prices in the face of the reluctance ofSome European partners such as Germany and the Netherlands, that are closed to immediate measures to put a ceiling on the price of gas purchases.

All countries have to act together to lower prices in the global market, he pointed out in Brussels, which, in his opinion, involves coordinating with other buyers, such as South Korea and Japanand with the allies of the club of industrialized nations of the G7, which are suppliers.

“We have to talk about this. They are instruments that must be debated intensely because they have to work. No one wants to run out of gas”, the chancellor has assured. Faced with the prospect of a long and complex European summit due to the lack of consensus between partners, the French president, Emmanuel Macron, has called for maintaining the unity of European action and has appealed directly to Germany so that the proposals on energy that now have “broad consensus” can find “unanimity”.

“We have a very broad unit, I am going to work with Chancellor Olaf Scholz. I think it is not good for Germany or for the EU to isolate itself.”, the French leader has pointed out in statements before the summit. Meanwhile, the German chancellor, Olaf Scholz, one of the great reluctance to apply measures such as a maximum gas price, has defended “finding a way” to support all the Member States to lower prices in the market, while at the same time alerted that the instruments to be used must be “discussed in depth”.

“The measures have to work, nobody wants to run out of gas. The debate is how we can lower prices and at the same time have enough supplies”

“They have to work, nobody wants to run out of gas. The debate is how we can lower prices and at the same time have enough supplies in Europe,” said the German leader. “Exceptional situations, exceptional responses”, defended the President of the European Council, Charles Michel, insisting that “an agreement is possible” on energy matters to deal with a market that “doesn’t work normally” and threatens Europe’s economic prosperity.

For his part, the President of the Government, Pedro Sánchez, defended Spain’s role in advancing in responses to the energy crisis after achieving the Iberian price control mechanism at the March summit. “We have legitimacy to say that we are late, but it’s never too late if happiness is good. Happiness is protecting our economy from blackmail,” she said.

Faced with the possibility that the meeting of Heads of State and Government will be prolonged due to the lack of unanimity on energy matters, Sánchez has ironized that I would be “pleased to have breakfast” with the Dutch Prime Minister, Mark Rutte.

Leaders in favor of approving measures at the European level to intervene in the market and lower energy prices have paraded through Brussels. Case of the Prime Minister of Latvia, Krisjanis Karins, who has claimed that despite “there are still many questions to be resolved”, European solutions must be faced. “The next level is to see what we do as a Union. The only way out is to work together,” has underlined.

His Lithuanian colleague, Gitanas Nauseda, has been one of the clearest leaders in his support for the gas price cap and, despite opposition from Germany and the Netherlands, has not ruled out reaching an agreement on this measure during the summit. “I hope that colleagues change their mentality a bit and we have the possibility of compromise. Sometimes these commitments are achieved at the last minute,” he stressed.

“The discussion is going to be very intense and a long night,” The Estonian Prime Minister, Kaja Kallas, has predicted that she has urged that all European partners arrive with a “willingness to compromise” to agree on solutions to the situation in the markets.

Sustainable and responsible investment takes flight and grows 10% in Spain