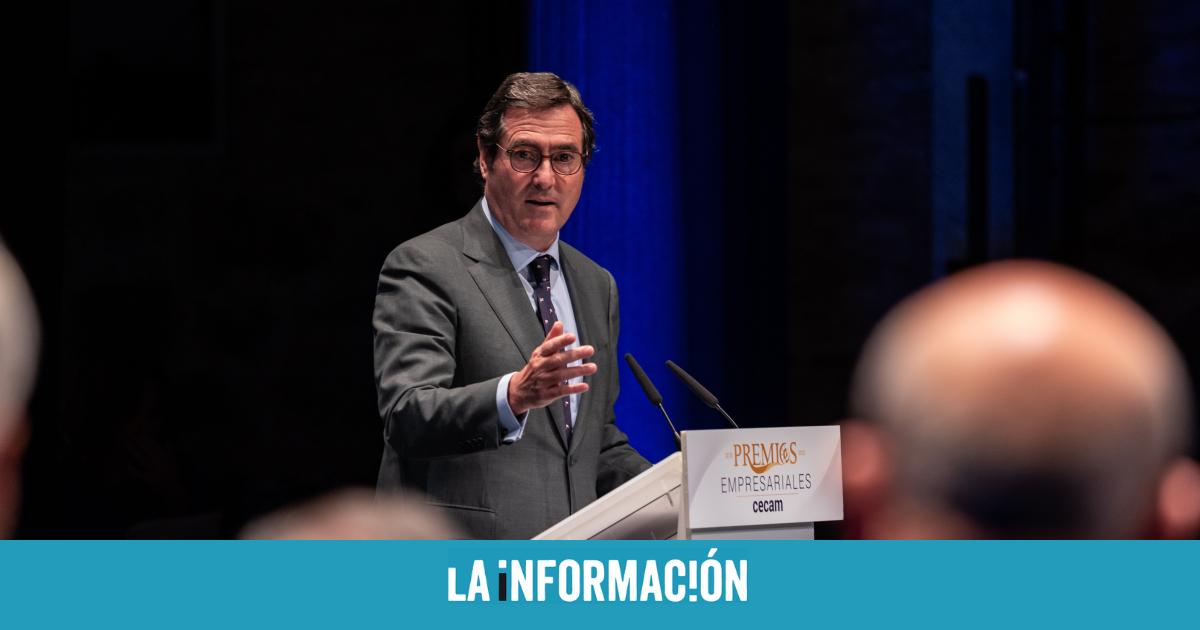 The current president of the CEOE, Antonio Garamendi, revalidates his leadership for four more years. The Basque businessman has imposed himself on the business organization elections held this Wednesday to the candidate Virginia Guinda, vice president of Foment del Treball. Garamendi has obtained 534 votes, compared to the 87 that her opponent has achieved, thus becoming with 83% of the support and leaving the ‘punishment vote’ -the one in favor of his opponent- at barely 14%, taking into account a total of 643 votes castwith 14 blank and 8 null.

The National Music Auditorium It has been the place chosen by businessmen to designate their leader for the next four years in elections that have not been without controversy. The Catalan candidate’s team has been questioning the process for days and Guinda herself has criticized the organization for not allowing her to deliver a speech before the assembly, as well as for limiting the number of ballot boxes to just two.

In any case, the clear winner It has been Antonio Garamendi. The ‘operation to unseat him’, promoted from the critical sectors, has finally failed. The arduous search for an alternative candidate with real possibilities of facing him ended only a few weeks ago with Guinda taking the lead, a candidate who among the ranks of the CEOE was considered since the first moment “little powerful”according to a business source recalls.

The National Auditorium has been a trickle of businessmen since early in the morning. Voting began on first call at 9 a.m. and the polls closed at 1:30 p.m., complying with the scheduled schedule. At that moment, the counting began under the watchful eye of the attendees, who have been occupying the seats in the room.

In the front row, some of the vice presidents most critical of Garamendi, such as Josep Sánchez Llibre, president of the Catalan employers’ association Foment del Treball and promoter of Guinda’s candidacy. They were also the president of Cepyme, Gerardo Cuerva, and Miguel Garrido, leader of the Madrid employers’ association Ceim. Both, polled in recent months to put together an alternative candidacy, ended up refusing to run.

The great absences at the beginning of the count have been those of the candidates themselves. Neither Garamendi nor Guinda have been present in the room at the time of the opening of the polls. With the count already advanced, the president made a momentary appearance, who has been located in the central box to observe the panorama while sharing impressions with some of the organization’s partners. The Catalan candidate was not seen in the room until well after 2 in the afternoon, when she sat in the front row next to Garamendi.

At the edge of 2:30 p.m., the results were read: 643 votes cast, 534 in favor of Antonio Garamendi and 84 for Guinda, with 14 blank votes and 8 invalid ones. Immediately afterwards, a standing ovation for the Basque businessman, who has won more than 80% of the support in elections that were complicated by the appearance of a last-minute alternative candidacy, promoted by sectors critical of Garamendi.

Moments before the recount among the business community, it was commented that Garamendi would emerge stronger if he obtained more than 80% of the votes, as has finally happened. A result that the already renewed president of the CEOE thanked during his closing speech, in which he highlighted the “participation success” in “democratic” elections, He has remembered Guinda, who had questioned the process and opted during his campaign for a more participatory business organization.

The president of the CEOE has also recalled the 14 agreements reached with the Government at the social dialogue table but has insisted that the businessmen will say ‘no’ to the Executive when it comes to it. Likewise, he has criticized the “a la carte taxes” and the “legal uncertainty” and “instability” caused by some laws and affects investment. “There is no quality in the norm”; has come to say”, to ensure later that “bizarre situations for the judges” are taking place.

these will be the most expensive hours

Foreclosures fall 14% to their lowest level in two years