Guindos denies having responsibility for the report on the banking tax 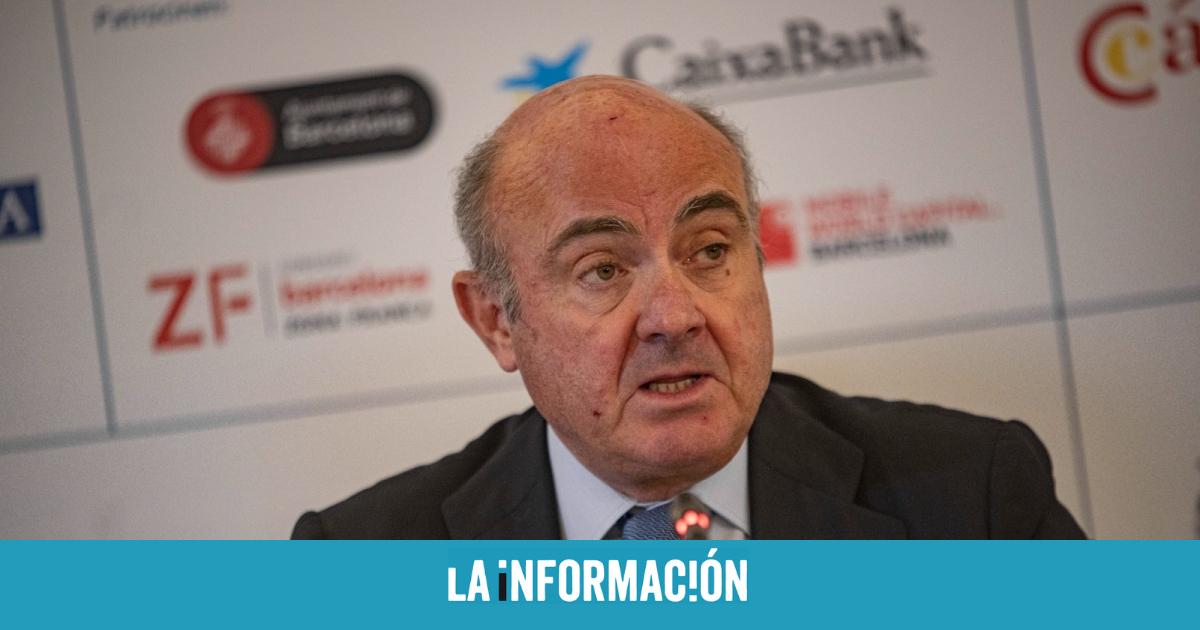 The Vice President of the ECB, Luis De Guindosensures that it did not influence the content of the entity’s report on the future spanish tax to the bank, because “it is practically impossible for a person” from the Governing Council to influence its content. Through an opinion, the body warned that the new temporary tribute could be “harmful” for the sector and asked for the possibility that the entities can transfer it to the final client. The valuation has fallen like a jug of cold water in Moncloa, from which they launched criticism in an ironic tone, thanking De Guindos for his “desire to help” and that although they took note of that opinionthe Government would go ahead with its road map.

In this regard, when asked about the criticism leveled at him by the President of the Government, Pedro Sánchez, regarding his opinions on the banking tax, De Guindos expressed his “total respect” to the chief executive, but has also wanted to stop any hint of suspicion on the part of Spain in this regard. Thus, he has reviewed each of the steps that the ECB follows before issuing an opinion and has clarified that, before reaching the ECB’s governing council, an opinion of this type goes through the executive of the ECB and by various previous estates.

“It is practically impossible for one person to influence this type of decision, because the ECB makes collective decisions and there it is impossible for a person to have a notable influence to try to bias” the opinion of the ECB in a specific area, he added, he pointed out at the opening of the economic days of S’Agaró and in a subsequent debate with those attending this forum.

In parallel, De Guindos has warned that the negative growth rates forecast for the next two quarters will cause a “technical recession” in the euro zone, and a 2023 with “less growth” and inflation that “will remain high”. De Guindos has referred to the complex macroeconomic environment, where he has assured that the latest economic forecasts of the European Commission place as a central scenario that of a “technical recession” in the euro zone as consequence of the evolution of the coming quartersand added that the ECB’s forecasts to be released in December will not be “very different”.

He has also called avoid conflicts between monetary and fiscal policyand has argued that it should achieve a slowdown in the price rally in order to also give a clear signal of “stabilization of interest rate increases”. “In the third quarter you are already seeing a significant slowdown (of the economy in the euro zone) and the European Commission is already announcing a very probable negative growth rate, which could be extended to the first quarter of next yearwhich would be the definition of a technical recession, by accumulating two quarters with negative growth rates”, he indicated.

Banks will have to increase their “provisions”

Before this colloquium with those attending the conference in S’Agaró, De Guindos called for “not to be blinded” by the improvement in the banking sector in the short term thanks to the rise in interest rates, since, as he has argued, banks will have to increase their “provisions” as a result of the current crisis.

In said initial intervention, he pointed out that the banks are going through a “better” situation than the one they had “at the beginning of the financial crisis”, since they have “more capital and liquidity”. However, immediately afterwards, he has asked “not to be blinded” by it, since the economic slowdown “will affect the creditworthiness of customers” of banking and this will force entities to increase their provisions, he warned.

The ECB strives to contain prices

The vice president of the ECB has also ensured that inflation it is affecting the disposable income of families and companies and also investments, and that the context is also one of even greater uncertainty due to the effects of the war in Ukraine. Along these lines, he has stated that the European economy has been experiencing “a year and a half with negative surprises” along this path, and has highlighted the ECB efforts to try to contain it at 2%. “The higher inflation is for longer, the greater the probability of having second-round effects,” he warned, referring to the problems that can be generated by raising wages at the same level as inflation and that this gives rise to a new price increase.

He has said that, in this context, the ECB is in a “monetary policy normalization process” and that the actions in the immediate future will depend on the evolution of macroeconomic data. From the outset, he explained that in December what to do with the ECB’s balance sheet will be discussed, and he advocated approaching any decision in this area with caution.

“The balance sheet decision should help reduce excess liquidity in the markets“, he commented, and added: “This process of reducing the balance must be done with extreme caution, because in addition to we don’t have much experience in it“. “Our goal is to keep inflation expectations anchored and signal that second-round effects are undesirable,” he added.