Heating with gas, electricity, pellet, diesel or split radiators. Which system is the cheapest? 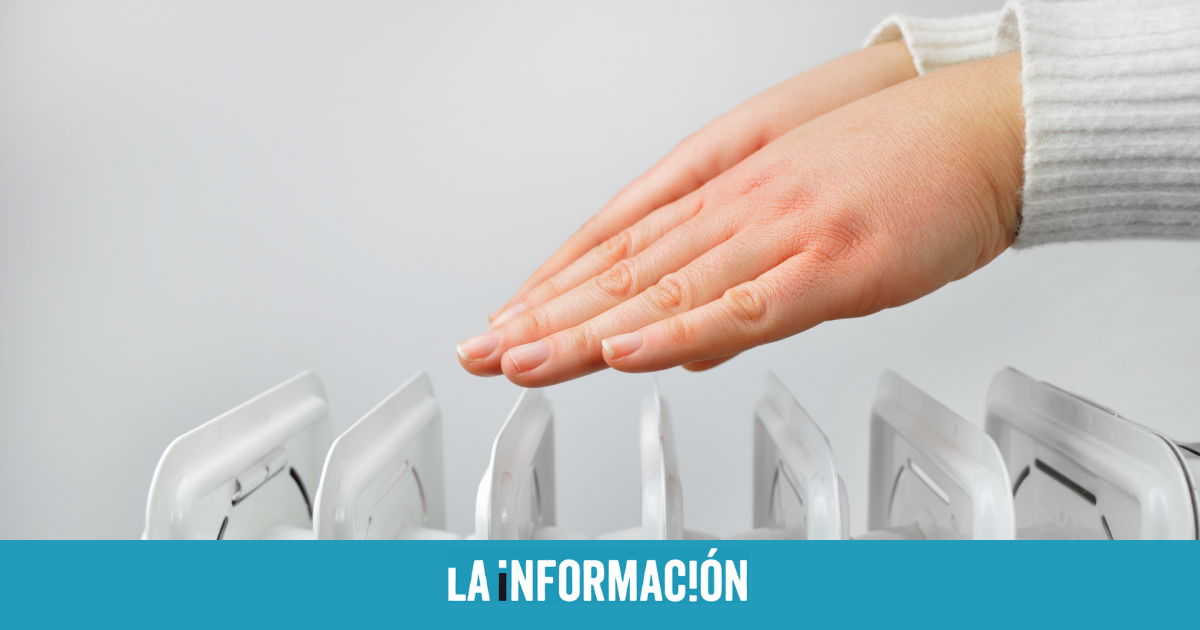 To keep the house warm in winter, without overspending, there are two rules that must always be followed: prevent cold from entering through doors, windows or the drawer of the blinds because they do not fit well and keep us warm with the enough clothes. It is of little use to maintain the heating or any other system with great power if we let in air from the street or we are in short sleeves. The only thing that supposes is a greater economic expense.

There’s also small devices that allow us to save, such as installing a thermostat to regulate the temperature depending on each room and the hours in which we are at home or the smart plugs that we can control from the mobile. And of course, always keep a suitable temperature or not heating empty rooms, among other small gestures. In any case, there are several systems to heat the home and we are going to compare which of them can be more economical.

The majority of Spanish households (more than 30%) according to INE data, use a gas boiler and radiators to heat the house. And a IDAE study (Institute for the Diversification and Saving of Energy), indicates that the average consumption of natural gas in a Spanish house with heating is 7,921 kWh per year. Of this consumption, almost 60% is from the heating, while the rest is domestic hot water and a small part of the kitchen, in cases where it is not electric.

How does this translate into euros? The first thing is to know the price at which we pay the kWh and the bad news is that its price has multiplied since the beginning of the war, since the European Union receives 41% of the total supply of natural gas from Russia. If you have not yet noted it on your bill, you will be notified when your contract ends and you must sign a new one. If a few months ago the kWh cost about 5 cents, now it exceeds 20, that is, about four times more, always talking about the rates of the marketers.

For this reason, thousands of users have already switched to the rate of last resort (TUR) with prices set by the Government and that vary every three months. There are four different types of prices, depending on the level of consumption. The recommended rate for heated homes is TUR 2, with consumption between 5,000 and 15,000 kWh/year. You pay a fixed price of €9.52/month plus 6 €cents/kWh. In addition, the government has launched a TUR for neighborhood communities that will mean, according to its data, about 50% savings compared to the rates of the marketers.

Thus, taking into account the 7,921 kWh per year that is consumed in a house, according to the IDAE, with a rate of a marketer we would spend more than 1,500 euros a year. And with the TUR 2, 475 euros per year. The savings are more than considerable. In addition, to this cost it is necessary to add to the invoice something more than 100 euros per year in the fixed pricethe tax on natural gas, the rental of the measuring equipment and the VAT (which has dropped from 21 to 5% at least until the end of the year 2022), so the final price would be around between 600 and 2,000 euros, approximately, always depending on the consumption and the cost of the tariffs.

Diesel: more than 15 euros per day for 6 hours of heating

More than 11% of Spanish homes (normally in chalets and single-family houses) are heated with diesel C, with a special additive for boilers. The average cost in Spain of liter of diesel for heating has been triggered and exceeds €1.60, although it varies by community and in some such as Asturias, Madrid, Galicia and the Balearic Islands round €1.70.

Even so, “with a common diesel boiler of 20,000 Kcal/h and with a daily operation of 6 hours, it is estimated that the average consumption would be 9.52 liters” per dayaccording to data from pricegas.com. With the current price of diesel, it would mean between 15 and 17 euros per day. Furthermore, with a 500-litre tank (€800-850), we could heat the house for just under two months. It is expected that these boilers will disappear to achieve the climate neutrality objectives in favor of other more efficient and less polluting systems.

The installation of electric radiators is recommended for homes, premises or offices with a low consumption heating or second homes, especially in areas not too cold. The advantage is that they are cheaper to install and cost less than installing natural gas and water radiators. But consumption is more expensive and they are not recommended if we are going to have 6 or 8 radiators on at the same time, since the electricity bill skyrockets.

According to a recent study by the OCU, it is the cheapest system for heating the house. The typical air conditioning splits or air-water aerothermal systems “are very efficient, for every kWh hour they consume electricity they provide 4 kWh of heat. Despite the high price of electricity, this allows them to be very economical, some €455 a year”, they point out. In addition, they have the advantage that in summer they allow to cool the house. By contrast, the disadvantage is that the price of these devices is high, of at least 500 euros for each split with the installation included. To the price of heating the house, the cost of hot water and cooking should be added to the electricity bill.

This system distributes hot air through a circuit that reaches the rooms of the house. It is recommended for large houses with space for accumulate bags of pellets to be introduced into the boiler. The main disadvantage is daily maintenance, since it is necessary to remove ashes and clean the combustion chamber.

The pellets are normally bought in 15kg bags at an approximate price of between 6 and 8 euros. An estimated cost of 1 kilo per hour, that is about 40-55 cents per hour. If the stove is on for about 10 hours a day, the daily consumption would be between 4 and 5.50 euros. The OCU raises it to an annual cost for a 90m2 house and indicates that the average annual cost would be 545 euros, although it will always depend on the number of hours it is used.

Oil radiators: about 60 cents an hour on the bill

They work with some electrical resistors that heat the oil that is inside and provide heat. This option can fit second homes or to warm up small office or room in which there is no other system. The advantages are several: they are cheap, they work just by plugging them into the mains, they are silent and can be used for several hours at a time. The disadvantage is that they take a long time to heat up a small space and that they are somewhat heavy, so they are uncomfortable to move from one place to another. Your expense is estimated at about 60 cents an hour, always depending on the contracted electricity rate.

Interim teachers are entitled to paid vacations and voluntary leave