The Poco C50 has been officially launched in India and it will go on sale on January 10 in Royal Blue and Country Green colors. Previously announced as the Redmi A1+, the Poco C50 is built around a 6.52-inch IPS LCD display with a resolution of 720 x 1600 pixels that refreshes at a standard frequency of 60Hz.

The Poco C50 runs on Android 12 (Go Edition) with MIUI skin for POCO on top. It uses a 12nm MediaTek Helio A22 chipset with either 2GB or 3GB of RAM and 32GB of internal storage expandable via a microSD card slot.

The Poco C50 promises great durability thanks to its 5000mAh battery, but it charges very slowly at 10W.

There are two cameras on the back, one with a depth sensor and the other with an 8MP f/2.0 wide-angle camera. There is also a fingerprint scanner on this side. There is a 5 MP selfie camera on the front. 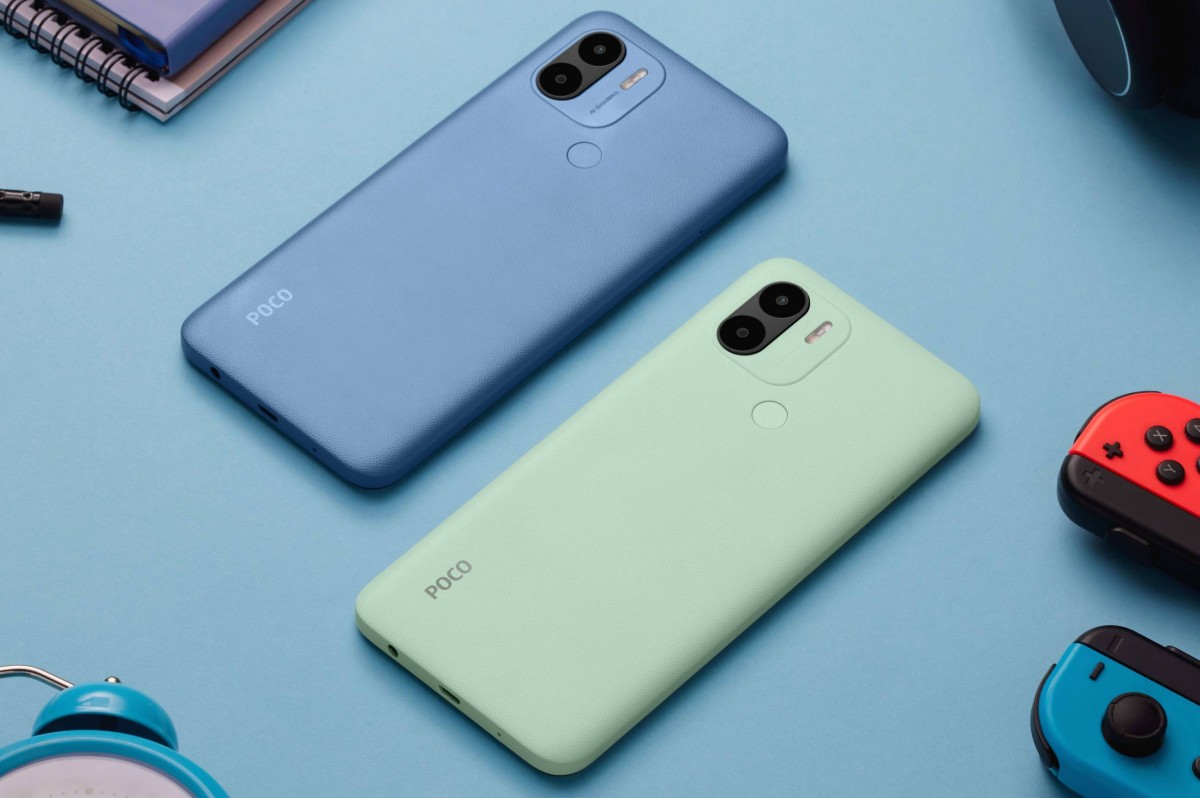 The Poco C50 features a leather-like texture on the rear panel. The phone is splash resistant thanks to a special coating. 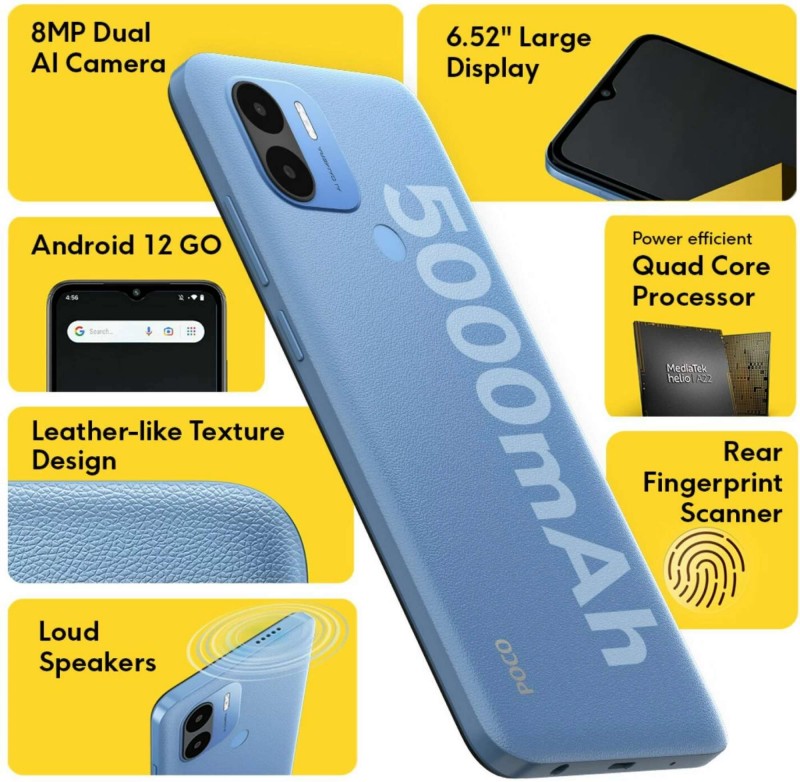