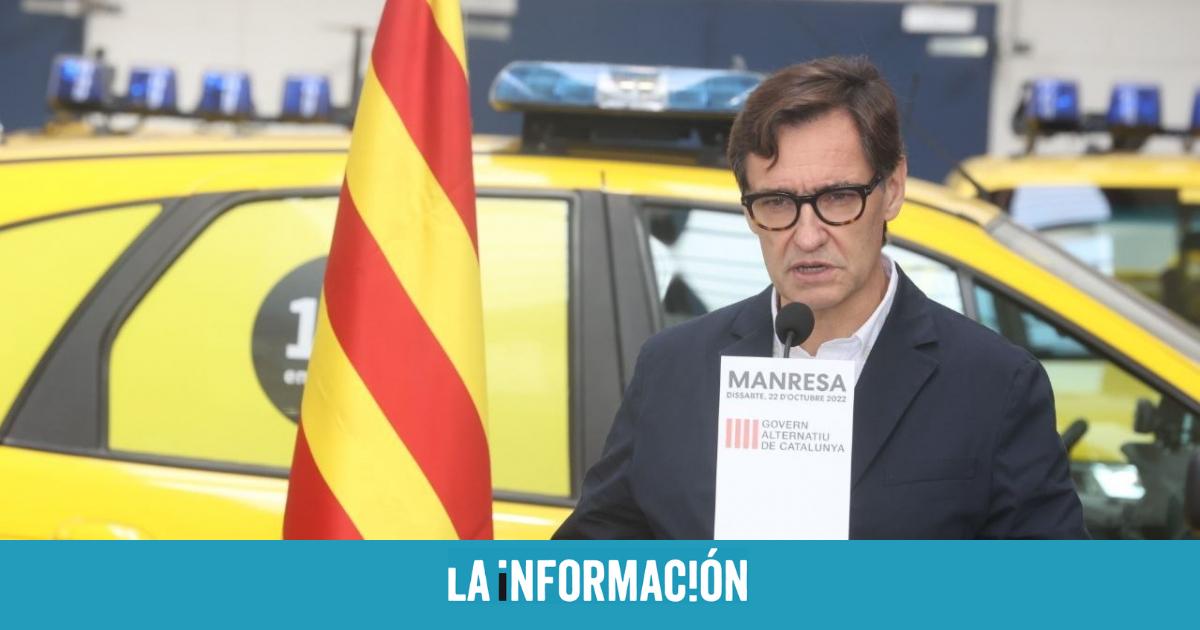 Two weeks after the president of the Generalitat, Pere Aragonès, closed his new Government, now without his JxCat partners, but with a nod included to the PSC and Podem, the leader of the Socialist Party of Catalonia, Salvador Illa, has defended the Need to “order” Catalan politicsin order to leave “the confrontation” behind, and has once again “reached out” to the Catalan president to approve the Generalitat’s Budgets for 2023. Therefore, he “returns the favor” that Aragonés had by appointing as minister of Universities and Research to former socialist leader Joaquim Nadal.

In a statement in Manresa (Barcelona) after holding several meetings with entities in the region, Illa pointed out that “in Catalonia two things agreeand the first is to organize Catalonia politically, and this means leaving the dynamics of confrontation of recent years and moving on to other dynamics of agreement to focus energies on solving specific problems”. The former Minister of Health has indicated that “it is convenient also protect society, that is, order the country as well, emphasizing the security policies that are very importantand ensure that no one is left behind, taking advantage of every opportunity to build wealth.”

According to the leader of the PSC, it is convenient to put both issues in order, “and if we manage to do this, Catalonia will once again stand out and lead not only Spain, but also have a leading position in Europe”. But for this to happen, he pointed out, “we must have a budget effective January 1, 2023because it is the main instrument to begin to order politics and allocate resources with which to protect citizens”. “That is why I extend my hand again, as the first opposition party, to the President of the Generalitat, Pere Aragonès, to have this budget, in line with what is already happening in other institutions such as those of the State and the Barcelona City Council”, he underlined.

Illa has praised the ERC decision not to file amendment the totality to the State Budgets, but has considered it an error to “mix notebooks” between the budget negotiation and the reform of the crime of sedition. The Catalan socialist leader has assured that he would not seem suitable make “a change of trading cards” in terms of budgets and he has said verbatim that his party exercises useful politics far from electoral technicalities.

ERC rejects the ‘no to everything’

The deputy general secretary and spokesperson for the ERC, Marta Vilalta, has assured that her party does not contemplate an “exchange of some presuppositions for others and assures that if his party does not veto the PGE for 20232 it is to continue negotiating its content, from the conviction that “the ‘no to everything'” does not serve to advance, and that Esquerra wins the elections with the commitment to “be useful” to people.

Vilalta has assessed the position of the ERC regarding the Budgets in a press conference after participating in an inter-parliamentary meeting of his party, which was attended by 64 deputies belonging to the different chambers in which he has representation. Regarding the State Budgets, he has indicated that the ERC’s will is to continue negotiating and that the Government fulfills the commitments previously acquired, for example in terms of executed investments, since it considers that there is “margin for negotiation and to be able to build trust that allows us to obtain results and solutions.”

In a indirect allusion to his former JxCat partners and his position of presenting an amendment to the entirety and leaving the Catalan Executive, Vilalta has underlined that “what the citizenry asks of us is to be useful and not ‘no to everything’ or ‘the worse the better’“. “If we are the first political force, and we occupy a central and hegemonic position in the country, it is because we have been gaining the trust of the citizens – the ERC spokeswoman stressed -, and this trust deposited by the citizens in all the elections that we have been holding in our country it is the responsibility we can return it in the form of useful measures and actions”.

Vilalta has expressed, in this sense, the will of ERC “to help in the day to day in this crisis that we suffer, and advance in the resolution of the Catalonia-State conflictwhich passes, without a doubt, through the great consensuses of the country: self-determination to put up ballot boxes and amnesty so that the repression ends”. After indicating that ERC “has an unequivocal will to build consensus”, the Republican spokeswoman has said that his party is convinced “of the work that needs to be done and it is aware of trust granted by citizenship, so although we live in complex times, our commitment is to push the country forward, be useful to people and make things happen”. On the reform of the crime of sedition, ERC “reaffirms itself in the need for there to be democratic advances also in the State, and reforming this crime is a matter of democracy and comparison with European standards”.

Regarding the fact that the PSC is reaching out to the Government to approve the Budgets of the Generalitat, Vilalta has indicated that the party led by Salvador Illa “reaches out for this, but not to advance in the democratic resolution of the Catalonia-State conflict or so that the repression ends, for example, with an amnesty”. “In all this -he added- the PSC has not been for many years, and what we ask for is a commitment with all the great consensuses, not only with some yes and the others don’t.

Calviño celebrates the constructive dialogue with banks to freeze mortgages