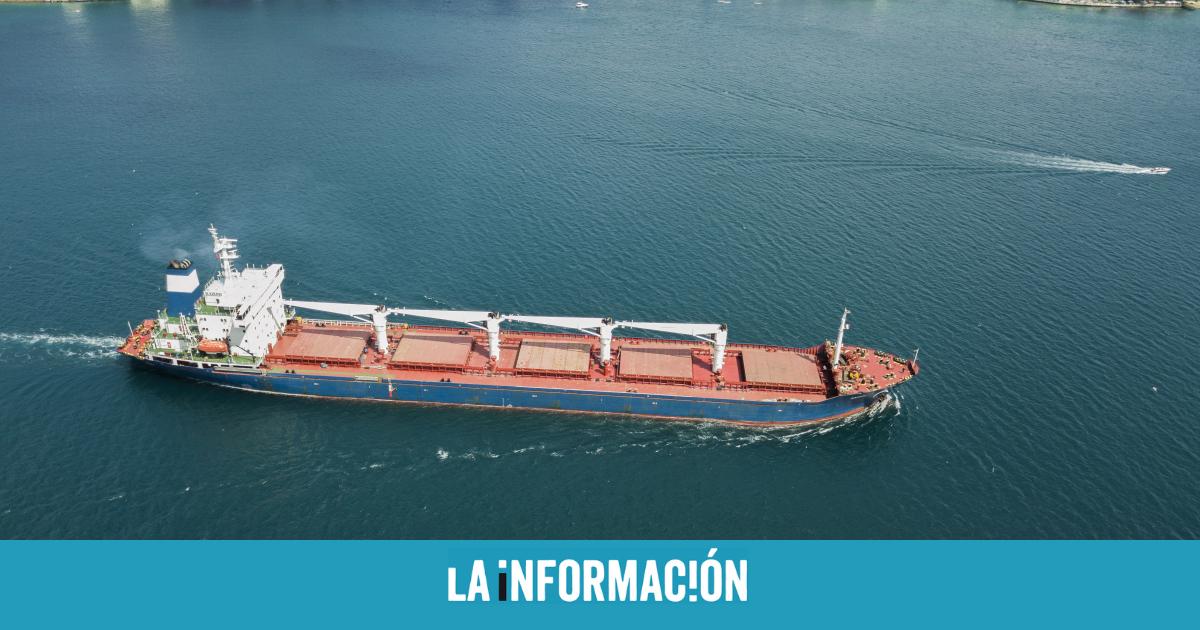 In the midst of the inflationary crisis the wheat futures they soared in the early stages of the negotiations by 7.7%, and corn by 2.8%, after Russia suspended the Ukrainian grain export agreement through the Black Sea on Saturday, according to the Bloomberg agency today. . The agreement, crucial for alleviate the global food crisis and balancing the cost of food, caused Chicago wheat to rise 7.7% to $8.93 a bushel at the open on Monday before paring the drop to 5 .6%.

In Singapore, corn rose 2.8% and soybean oil by 3%, according to the same media, which states that the impact of the suspension of the agreement on the market could increase world food inflation and exacerbate hunger if the price increase continues. Until the past day 24, the agreement had allowed the export of more than 8.5 million tons of grains and other Ukrainian foods, according to the Center of Joint Coordination of the UN and Turkey in Istanbul.

The corridor installed in July to end a five-month lockdown has eased tight global supplies, as well as slowed the rise in prices from their previous peak. In March, wheat was trading at $13.64 in March after the start of the Russian military campaign in Ukraine.

Russia suspended the deal on Saturday.which was going to expire on November 19 and about which he had already warned that he was not sure if he was going to prolong it for blocking Russian fertilizer and food exports, after denouncing a “terrorist attack” against ships of the Fleet of the Sea Black and civilian ships involved in ensuring the safety of the Rano corridor.

The Ministry of Defense said on Sunday that, after raising the wreckage of naval drones allegedly used by kyiv “under the leadership of British representatives”, determined that the launch of these unmanned vehicles was made from the coast near the city of Odessa and moved along the security zone of the grain corridor. They then changed course in the direction of the Sevastopol naval base.

According to “the experts” cited by Moscow, in addition, one of the devices “could have been launched from one of the chartered civilian ships by kyiv or its Western sponsors for the export of agricultural products from Ukrainian ports”. Russia made these claims after allegedly conducting an examination of Canadian-made navigation modules” from the wreckage of the marine drones. According to Defense, nine unmanned aerial vehicles and seven maritime drones were involved in the attack, and the Russian armed forces destroyed all of them.

Despite everything, several ships have sailed this Monday from Ukrainian ports to Istanbul within the cereal export agreement in which Russia suspended its participation yesterday, sources from the United Nations have confirmed to Efe. “There are 16 ships that plan to transit the humanitarian maritime corridor. Three are already in this corridor,” Ismini Palla, UN spokesman at the Joint Coordination Center (JCC), which also includes Ukraine, Russia and Turkey

According to the MarineTraffic ship tracking program, 13 boats are in the open sea, in a radius of about 20 nautical miles off the coast of Odessa, the area where ships must congregate to set course for Istanbul. Six of them have sailed – two from Odessa, two from Chornomorsk and two from Yuzhni– This morning, according to their route data, which thus coincides with the plan published on the JCC website, which foresees the departure of these six ships for this Monday.

Among the boats that left yesterday is the freighter Ikaria Angel, flagged in Panama, which has been chartered by the World Food Program to take 30,000 tons of wheat to the Horn of Africa, the JCC reported yesterday in a statement. A total of 9.5 million tons of grain and food products have left Ukraine since the launch of the agreement at the end of last July.

The GDP of the euro zone stops short and inflation hits a historical ceiling of 10.7%