Retirements, lack of MIR, strikes… Health suffers from a shortage of doctors 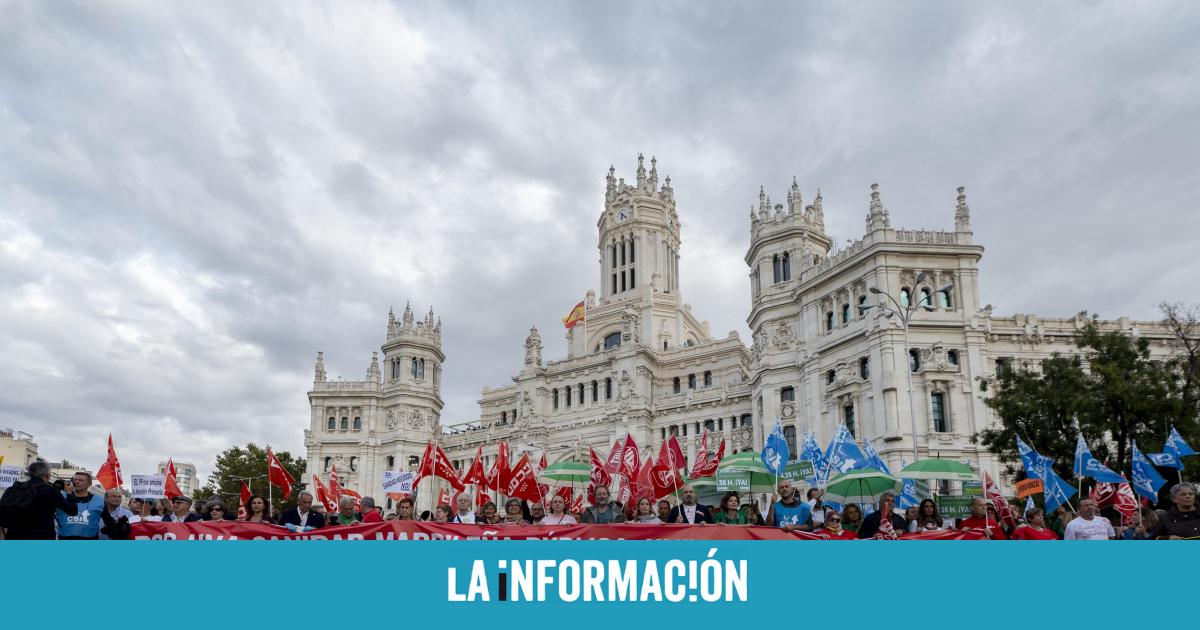 The controversy around the 80 emergency centers in the Community of Madrid; the strike of Primary Care professionals in Cantabria; protests of the family doctors in Navarra and Aragón and, in general, in most Autonomous Communities. The Spanish National Health System, the jewel in the crown of the welfare system, is beginning to come apart at the seams. And perhaps its big problem, and politicians of all stripes and health professionals agree here, is that “doctors are lacking”. Even the Ministry of Health itself, in a recently prepared study, acknowledges that in five years there will be a lack of 9,000 more doctors in Spain and about 20,000 in the next decade.

But the problem does not stop there. About 80,000 doctors will retire in the next ten to twelve years, according to the report prepared by the Andalusian Medical Union. The number of doctors who will retire each year in the next decade is between 7,000 and 8,000. And it is that there are currently about 80,000 professionals over 55 years of age, 34% of those who are active. And besides, the problem is that “they cannot be replaced” because the doctors who finish the MIR each year are insufficient.

“The cuts in the previous crisis greatly affected the calls for vacancies for the training of Graduates/Licensed/Diplomated as specialists by the residence system (MIR, EIR, FIR, QUIR, BIR, PIR and RDIR), explains Vincent Matas, from the study center of the aforementioned Andalusian Medical Union. “And in these years it is being shown that this was a serious mistake by the Spanish government and the Health Services of the Autonomous Communities. Now they have realized and rectified, but very late, when reality has imposed itself and we lack doctors, of various specialtiesto fill the positions that remain vacant due to the significant number of retirements that are taking place and yet, paradoxically, we have a bag of about 3,000 doctors without specialties who ended up in our faculties in recent years and have not obtained a place as residents.

“There is a lack of doctors of various specialties”, anesthesiology, geriatrics, neurology, family medicine, “and ‘too many’ graduates in Medicine who have not been able to access MIR training,” the study indicates. Something that contrasts with the initiative of the Government of Pedro Sánchez to create more places for students, when Spain is already one of the countries with the most medical schools in the world. Meanwhile, the “MIR funnel” persists, from which 4,000 graduates have been excluded in the last call. Despite this, and according to Eurostat, Spain is one of the European countries with the most doctors per 100,000 inhabitants. Specifically, 457.

In May of this year, 6,478 doctors completed the MIR; in the year 2023, a maximum of 6,743 and in the year 2024 of 7,496, an insufficient amount for there to be an adequate replacement rate. The problem also persists and “the allocation of MIR 2022 places”, 8,188 places were put out to tender, ”will be remembered for leaving more than 200 vacancies unfilled in four different specialties. Specifically, they are the specialties of Occupational Medicine, with eight seats, Preventive Medicine and Public Health, also 8, Microbiology and Parasitology, one, and Family Medicine, which has not been able to allocate 200 seats of the 2,336 for this call with which the assignment started. This fact supposes a real debacle for the National Health System since will stop training 217 specialists over the next 4 years, and more specifically to 200 Primary Care doctors, the area where more doctors will be needed in the next 15 years due to the wave of retirements that marks the health demography”, they say from the State Confederation of Medical Unions.

“But it is that in addition to the doctors who finally finish the MIR each year there is a significant number who leave for their countries of origin or they go to neighboring countries where they are offered better, more stable contracts, with better working conditions and much better pay”, explains the president of the General Council of Official Medical Associations, Thomas Cob.

“The main problem of the medical profession in Spain and of our entire health system” continues Cobo, “is not only a pressing lack of professionals, but also the contracts and the job insecurity that they suffer, especially the youngest and that generates a rejection of our colleagues to exercise a vocation which, at a minimum, requires a high grade for access to the Medicine degree and at least eleven years of training to be able to start practicing”. The lack of professionals is “a real problem of the State”, has described Henry Ruizhead of Health of the Community of Madrid.

“The problem is not only the lack of professionals, but also the contracts and job insecurity they suffer”

In this sense, since 2011 there have been 31,149 medical specialists who have requested the certificate of suitability to be able to leave Spain to practice and it is estimated that “about 20,000” of them have been doctors who have gone to other countries to practice their work. “The MIR system in Spain trains magnificent medical specialists, who are highly valued throughout the world. On the other hand, job offers from our Health Services, temporary contracts, part-time contracts, even for months, weeks, days… Thus, our young medical specialists accept indefinite contracts with better working, professional and remuneration conditions in countries of our environment”, says Vicente Matas. Most of the applications for the suitability certificate, 64%, are for work reasons. Family Medicine, Anesthesiology and Paediatrics are the specialties with the highest number of requests and the main destination countries are the United Kingdom, France, Ireland, Italy and Germany.

The serious problem with these ‘cracks’ in our health system is that “It has an impact on the health of citizens”experts explain. And in this sense, a real case from right now, without specifying the communities because “the problem affects everyone equally”, perfectly reflects the “properties” and “deficiencies” of a model that “has prioritized hospital care to the detriment of primary care, both in general medicine and specialties”, they conclude to La Información from the associations of Primary Care doctors.

This is everything you need to know about all its news