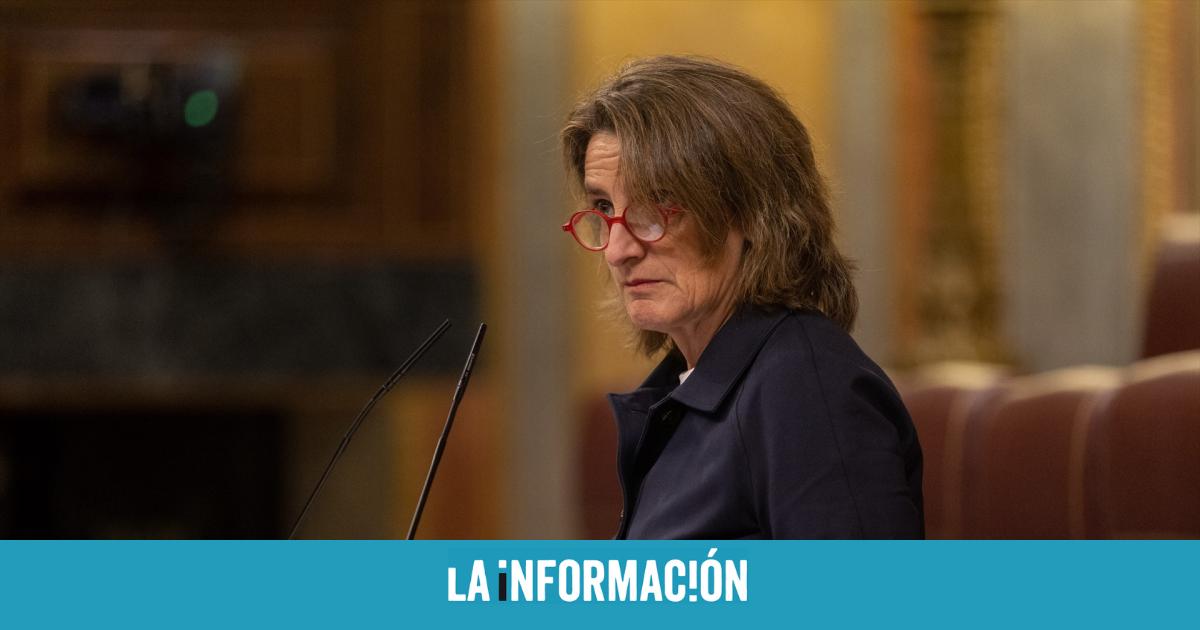 The Government of Spain will demand a variable limit to the price of gas purchases against the proposal of the European Commission, which establishes a fixed ceiling of 275 euros per megawatt-hour (MWh), and which has raised criticism from most member countries. The Minister of Ecological Transition, Teresa Ribera, has described as a “bad joke” the proposal issued by Brusselsand announced an alternative proposal that establishes a dynamic mechanism, which includes a plus set by the Twenty-seven and refers to international markets.

The European Union energy ministers meet on Thursday in the capital of Belgium to discuss, in an extraordinary council, the design of this new mechanism requested by the European Parliament. Upon her arrival, the also Third Vice President of the Spanish Executive has declared that “setting a fixed price is a mistake” and believes that “it seems to be designed so that it will never be applied”.

The regulation proposed by the Commission, “contrary to what Spain believed appropriate”, set the maximum ceiling for inframarginal technologies (nuclear and renewable) at 180 euros/MWh, a price “which represents a gas price well below 275 euros”, according to Ribera, and that allows the cost of the electricity bill to be lowered. The Spanish owner has not given figures to establish a price for her top proposal.

The Minister of Ecological Transition advocates jointly approving the three texts that are being discussed today among the 27: the aforementioned cap on European gas; the solidarity regulationdedicated to reinforcing the energy capacities of countries with less availability, and another on the acceleration of the deployment of renewables. “It would be enormously unbalanced to politically endorse and adopt the two Council proposals today and yet leave the Commission’s proposal in a vacuum,” he asserted.

Ribera expects the meeting to be “intense” as there is a “very close” relationship between the three texts, including the European Commission’s proposal, which it has described as “absolutely inapplicable, ineffective and out of purpose”. The approval of the other two proposals would be “a mistake”since the price of gas is “the origin of the problem”, in his opinion.

Despite the fact that he foresees a “complicated” debate and with “divided” national positions, he believes that an agreement will be reached that includes the main lines of the three proposals, to present “a much more compact and coherent horizon in about two or three weeks” . However, he reiterated that approving this package leaving open the path of prices at which gas is purchased would be “an error.”

On the other hand, it has also questioned the deployment of renewables urged by the European Parliament, since it introduces “great legal uncertainty” to the classify them as of higher interest than environmental protection. “We believe that it is a confusing, unbalanced text and that it can lead to great litigation by promoters of renewables and environmental defenders,” she assured. In this line, the Government will ask to specify the conditions that allow these permits to be accelerated, and that today leave it in the hands of the states the possibility of prioritizing renewables over the environment.

What measures remain to be approved by 2023?

US families celebrate the most expensive Thanksgiving dinner since 1986