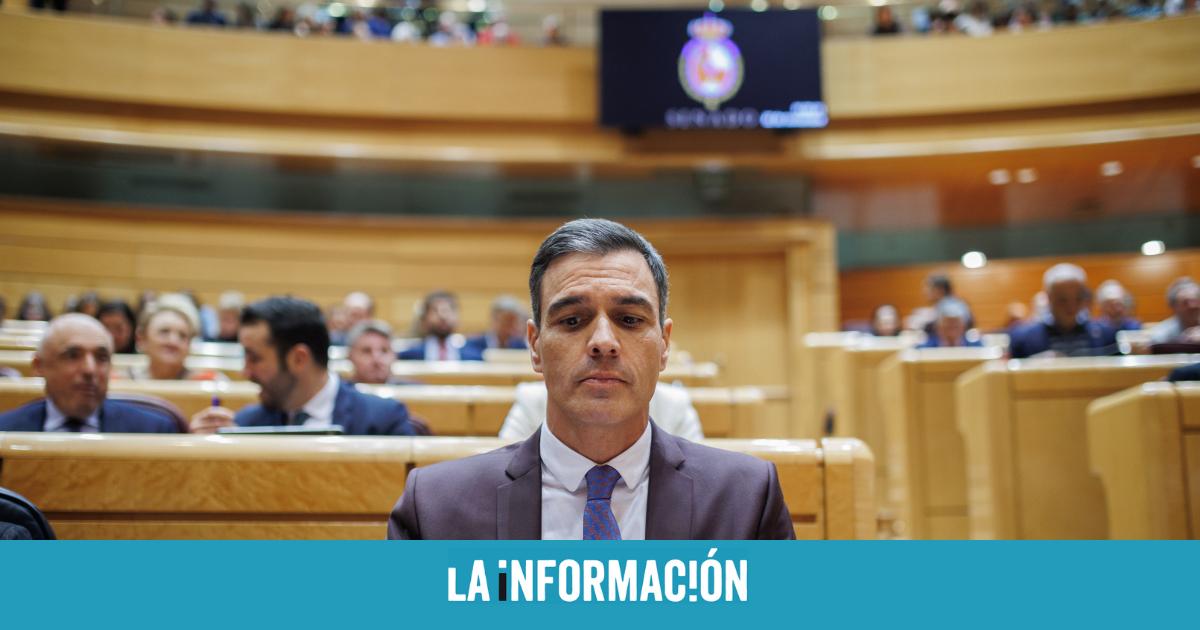 The President of the Government, Pedro Sánchez, has considered the proposal of the European Commission to set a ceiling of 275 euros in the megawatt hour (MWh) at the price of gas purchases “clearly insufficient”, and has asked the European Union “European commitment and ambition to tackle” a solution. At a press conference on the occasion of the first Spanish-Romanian Summit, Sánchez stated that Europe “is not on the right path” if that is the solution that is intended to be approved and warned that “it may even have perverse effects, not of reduction but of “increase” in prices.

In this way, he called “act now”, because it cannot be “allow a day” without resolving this situation that has been on the table for months. “We are way behind,” she said, asking to be “forceful on something that is common sense.” Therefore, he assured that “all the effort and political will is little” so that in the next December European Council there is a mechanism that allows responding to “a skyrocketing price hike”. Thus, he demanded from the European Union a “European commitment to the citizens, industries and companies, and ambition“. “That in this proposal is not being seen,” he added.

The European Commission proposed this Tuesday to set a ceiling of 275 euros per MWh to the price of gas purchases that will be activated automatically in the event of exceptional price increases and that will limitone month ahead, the transactions in the regulated market, although the mechanism will have an emergency brake for its suspension in the event that it seriously disturbs the markets.

This market correction mechanism, which is expected to be put into operation from January 1 and for one year, will set the ceiling one month in advance for the products of the Dutch TTF futures market, which is used as an index of reference for the price of gas throughout the Union European Union (EU), although it is still a proposal to be negotiated by the countries, which will have an extraordinary meeting at the level of energy ministers this Thursday, November 24.

In their meeting, the leader of the Spanish Executive and the Prime Minister of Romania, Nicolae Ciuca, have agreed to create a working group to study the options for granting Spanish nationality to the 1.1 million Romanians residing in Spain. This has been one of the main results of the meeting in Castellón and which, according to Sánchez, highlights the close relationship between the two countries, which acquired the rank of strategic association in 2013 and which both want to continue deepening.

Sánchez thanked the contribution to the prosperity and development of Spain made by the Romanian community, many of them already second and third generation, stressing that for them it will be of “great relevance” the decision to create “a working group to study the possibility of acquiring Spanish nationality without having to renounce Romanian”. However, the President of the Government did not want to give deadlines for this decision to materialize, arguing that the decision is already in itself “an extraordinary political message” since Spain only has dual nationality agreements with Portugal and for just a year with France, apart from several Ibero-American countries.

Thus, he stressed that “if it occurs and when it occurs, that it will occur, will be the third country in Europe with which we have this type of alliances and recognition”. In this sense, he has opted to let the Ministries of Foreign Affairs and Interior work and “we will proceed from there”. However, sHe has shown that he is convinced that it will be “something positive for both countries.” For his part, the Romanian Prime Minister thanked the effort made so that it was possible to reach an agreement for the creation of the working group “with a view to identifying the next steps that must be taken so that the Romanians who live and work in Spain can benefit from dual nationality”.

Likewise, he thanked the way in which the Romanians have been integrated into Spain and for how they have behaved, “making the country feel proud of them” and without losing their national identity. The fact that they are now going to study granting them dual nationality, Ciuca said, “represents a test more than the strength of historical relationships and it is a recognition of the value that the Romanian community adds to Spanish life”. Thus, he has shown himself convinced that this will be a reality “not very distant” once the technical work starts among the ministries, convinced that “they will find a way to overcome the difficulties and reach the desired result”.

The IMF forecasts “weak” growth for Spain in the coming quarters