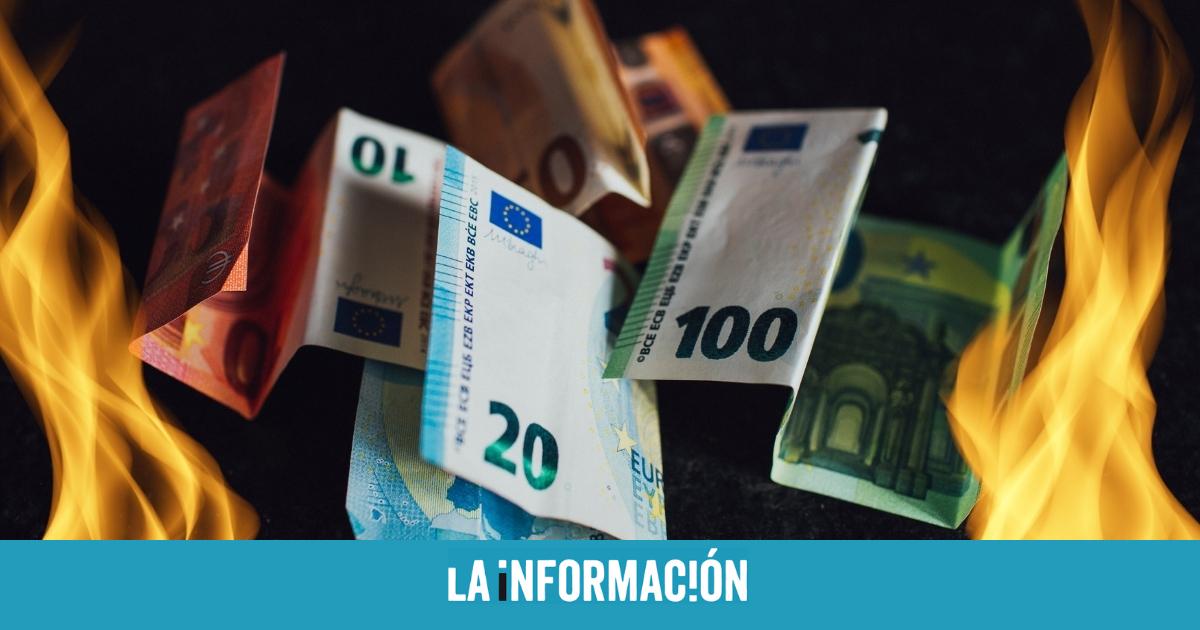 As has happened in the last two years, although due to very different circumstances, 2023 is presented with the business card of uncertainty. The biggest energy crisis in decades, the escalation of prices and the geopolitical tensions due to the war in Ukraine are now taking over from the covid pandemic and the break in global supply chains, although these have not finished leaving either.

The aggressive rise in rates that the European Central Bank has deployed to deal with this inflationary situation is expected to have a full impact on the economy next year. Faced with such a scenario and taking into account that the price of gas will most likely continue to rise, Spain is facing uncertain months: it is better positioned than other large eurozone economies to face difficulties, but it is not immune to them either.

The forecasts for the country move in a range that goes from 2.1% calculated by the Government – ​​the most optimistic scenario – to the decline of 0.4% contemplated by Barclays. No other international organization or analysis firm forecasts that the national economy will contract in the whole of next year.

In fact, the European Commission or the International Monetary Fund have ruled out that Spain could be affected this and next quarter by a technical recession that will hit Germany or Italy. Behind the scenes, this scenario of a slight drop in activity between October and March -far from a deep crisis like those experienced in the past- would indeed be within what was expected in the opinion of the Bank of Spain or the Independent Authority for Fiscal Responsibility (AIReF).

Inflation and rate hikes, the biggest impact on GDP in 2023

If so far in 2022 energy has acted as one of the main brakes on activity, the two variables that will most affect the future of the economy next year will be, in principle, inflation and the increase in official rates ( which the ECB raised to 2% in October).

Without the energy component, the annual CPI rate will still remain around 5%, which according to Oriol Carreras Baquer, senior economist at CaixaBank Research, could subtract around 1.3 points from growth. The expert points out that inflation was originally taken as a temporary problem, so it did not affect the spending decisions of families and companies. Once this has been maintained over time, the private sector has begun to modify its consumption and investment decisions.

The effect of rate hikes -with which the ECB seeks to control the rise in prices- takes a few quarters to materialize, which is why CaixaBank Research forecasts that in 2023 subtract almost 1 point from the increase in GDP. It is estimated that the ECB will raise rates by around 3 points between July 2022 and March 2023, a rise “of a magnitude and speed not seen in all the time the euro has been in circulation,” recalls Carreras.

The fact that households and businesses are in a better position Compared to the previous cycle of rate hikes in the midst of the financial crisis, the savings accumulated in the pandemic and the oxygen that the European Next Generation funds will give investment will allow the period of stagnation to be short in Spain and the recovery to be reactivated from the first months of the following year, point from BBVA Research.

The rent agreement and the Recovery Plan, keys

Of course, in the entity they affect that it is It is a priority to formalize an income agreement and accelerate the development of the Recovery Plan. At this time, the Government is working on a second phase of its implementation which, according to the First Vice President, Nadia Calviño, will focus on increasing the country’s strategic autonomy in the energy, agri-food, technological, industrial and digital fields.

To date, Spain is the country that is most advanced in deploying the funds and structural reforms associated with the NGEU, of which it will receive some 69.5 billion euros. The Government formally requested in the middle of the month the third disbursement of the Recovery and Resilience Mechanism for a value of 6,000 million, which is linked to the fulfillment of 29 milestones and objectives throughout the first half of this year.

To date, the National Accounts preview for the third quarter points to a weakening of GDP. The economy grew 0.2% between July and September, compared to 1.5% in the previous quarter, although estimates suggest that this year could close with an increase of more than the 4.4% contemplated in the macroeconomic table included in the General State Budget for the coming year.

At the moment, the data collected by the Tax Authority in the last update of its model for forecasting the evolution of GDP in real time (MIPred) they advance a growth of the economy of 0.6% in the fourth quarter in relation to the third and of 2.1% in interannual terms. The model (reviewed on November 17) incorporates more than half of the indicators for October, so the photography it shows is still limited, although it does give the Executive some oxygen between now and the end of the year.