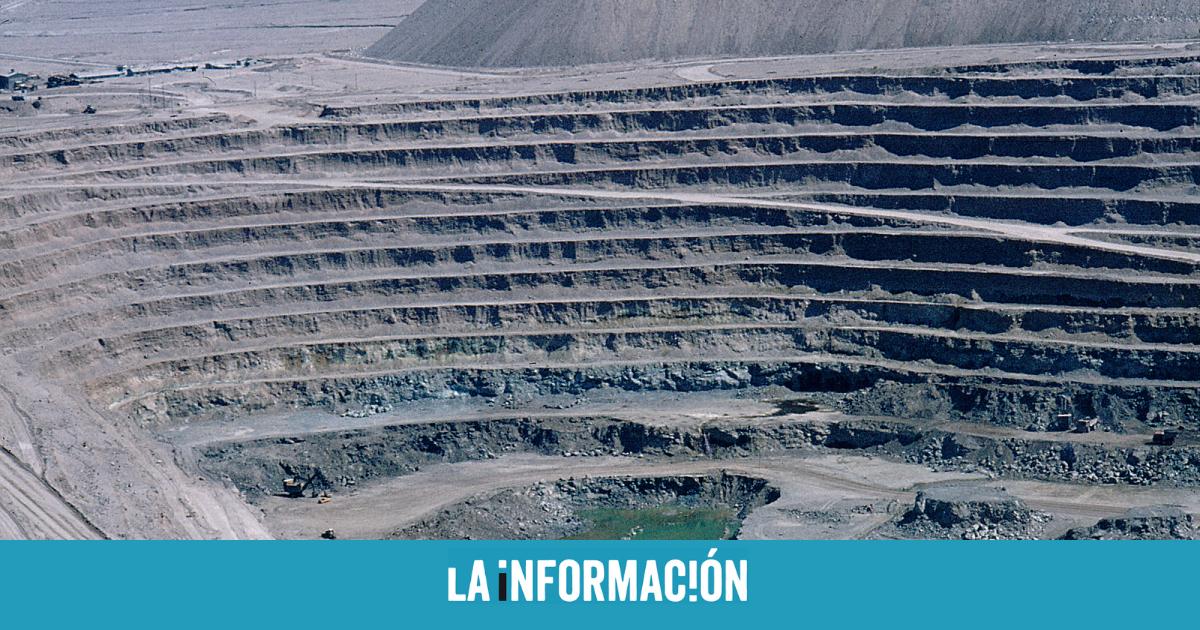 The European Union has declared lithium as a critical mineral. Europe seeks get rid of your dependency almost total of Chinawhere 60% of the world’s lithium is processed, when it comes to obtaining the lithium necessary for the batteries of electric cars, which are supposed to be the only ones that may be sold in the European Union from 2035. Until now, Spain seemed to be at the forefront of the race to extract from the earth and process the new ‘White gold’but the Junta de Extremadura has not yet given the exploitation permit for the two large deposits in the province of Cáceres, next to the capital and in the municipality of Cañaveral.

Meanwhile, the two big economies of the Eurozone, Germany and France, speed up and seem to overtake Spain in this frenetic race for a mineral that it has risen up to ten times its price in two years in international markets where a ton of lithium hydroxide already costs a whopping 70,800 dollars compared to 8,000 at the end of 2020 or 38,500 at the beginning of this year, almost half what it is today. Lithium, without a doubt, is the new ‘oil’ as the president of the European Commission has been repeating, Ursula Von der Leyen.

Germany found this spring its particular ‘goose that lays golden eggs’ at the bottom of the rhine. A gigantic lithium reserve in which there is enough mineral to manufacture the batteries for 400 million electric cars. The extraction of lithium in an area as densely populated as the Upper Rhine has made the company Vulcan Energy Resources, which has federal government support, has already put on the table the option of extracting lithium without emitting large amounts of carbon dioxide and its plan is that by 2024 15,000 tons of lithium hydroxide are being extracted per year in two geothermal plants. In a second phase, scheduled for 2025, it is planned to reach a production of up to 40,000 tons per year. In addition, the German government is closing agreements with Chile to jointly exploit deposits in that country, which is located in the so-called lithium gold triangle, which is made up of Chile, Bolivia and Argentina.

Similarly, the German car giant Mercedes-Benz has just signed an agreement with the Canadian firm Rock Tech Lithium, which contemplates the initial supply of 10,000 tons of lithium hydroxide for batteries per year, enough for about 150,000 electric vehicles. The lithium hydroxide will be refined in Germany and will come from mining operations audited according to the ‘Initiative for the Guarantee of Responsible Mining (IRMA)’. The supply agreement will start from 2026.

Likewise, one of the largest European lithium mines – the second after the German deposit – will begin operating in the Massif Central of France before 2027. The ‘Emilie’ project, announced on Monday by the French group of industrial minerals Imerys, sees the light after 18 months of surveys and studies in a kaolin quarry located in Beauvoir, in the center of the country. With the exploitation of that deposit“we will help Europe to decarbonise”says the company and “this project, exemplary both in terms of the environment and the climate, will drastically reduce our lithium import needs”, stressed the French Minister of the Economy, Bruno Le Maire, emphasizing that the initiative will have the support of the Gallic government.

While in Spain, so far the EU country with the largest known reserves of lithium and rare earthsthe Spanish company Lithium Iberia has spent years waiting for the extraction permit for the Las Navas deposit, in the Cañaveral municipality of Cáceres, and the Australian company Infinity Lithium together with its subsidiary Extremadura New Energies (ENE), which has even modified its initial project and has converted it underground, has also spent several years trying to overcome the rejection of the residents, the municipality and the Junta de Extremadura itself for the San José de Valdeflores deposit, just a few kilometers from Caceres. Both companies expect to extract, each, between 20,000 and 30,000 tons of lithium hydroxide per year and generate thousands of jobs.

Everything seemed to be clarified and the permits seemed imminent when in September the government of Fernández Vara approved a decree law in which it was required that the lithium extracted in Extremadura should be processed in this region. Condition met by both companies. In addition, Extremadura New Energies seems to have overcome the initial reluctance of the Cáceres city council, of the neighbors and received the support of various business associations in the province and throughout Extremadura. But the plácet of the regional government does not arrive and thus Spain seems to be lagging behind in the lithium war.

Moreover, at the mercy of these two deposits, the Chinese company Envision and Acciona will create in Navalmoral de la Mata (Cáceres) a gigafactory of lithium batteries, in what will be the largest industrial investment in the history of Extremadura: 2,500 million euros with 3,000 direct jobs and 12,000 indirect jobs. But everything seems rarefied after it was known this Wednesday that the project will not receive PERTE-VEC aid for electric vehicles launched by the Ministry of Industry, Commerce and Tourism, despite the fact that a few months ago Minister Reyes Maroto herself was at the presentation of it. The company has said it is continuing with the investment and is exploring “other financing mechanisms” but…

Likewise, Volkswagen will decide in a few days whether to go ahead with the construction of the battery gigafactory in Sagunto (Valencia) after it became known that the company will definitively receive 397 million euros in aid from the PERTE of the Electric Vehicle, an amount that seems small to the German company, which planned to create some 3,000 direct jobs in this factory. It must be taken into account that in this first call for the PERTE of the electric vehicle, the government has barely distributedor 700 of the 3,000 million originally announced. But what is clear is that, with all these back and forth, something does not quite fit in the Spanish lithium and electric vehicle race, which are intimately interconnected. And other countries, as you can see, are already overtaking us, to the right and to the left.

Until what age do the self-employed work and what is their pension?

cases covered by the self-employed quota