The Budgets add 165 supports after the first debate on amendments 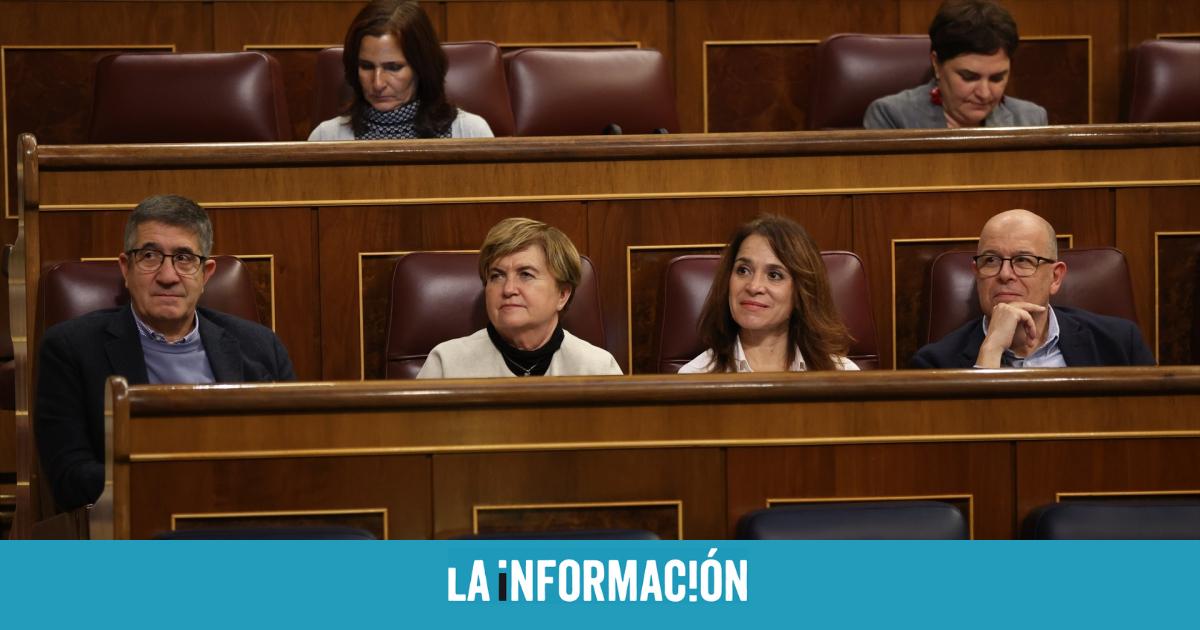 The project of General State Budgets for 2023 (PGE 2023) already adds 165 supports in its first day of debate of partial amendments in Congress. After this first meeting, he is only 11 away from the absolute majority that determines his passage to the Senate and that considers it insured.

Everything indicates that the votes of ERC and EH Bildu, which have not yet been revealed, will be favourable, to the point that the economic spokesman for United We Can Txema Pebble He has already thanked them for their “commitment” to the workers. At the moment, the PGE have 165 secured votes: PSOE (120), Unidas Podemos (33), PNV (6), Coalición Canaria (2), Más País (2), Compromís (1) and PRC (1), which confirmed its support this Monday in the stands for the consider their claims satisfied with the amendments in Commission.

PNV has also guaranteed it, although it was already taken for granted after the formation reached an agreement with the Government to renew the Basque quota and include a large number of amendments in Commission, to which some more could be added in plenary. For their part, Coalición Canaria and Compromís confirmed their support last weekby reaching agreements and including amendments in the Commission, while Más País announced it this Monday after obtaining a million euros to create a Observatory of Eating Disorders.

Although their votes are taken for granted, supports are yet to be announced of ERC (13), EH Bildu (5) -who has warned that he will not intervene in the debate until Thursday-, PDeCAT (4) -whose spokesman, Ferrán Bel, has said that he hopes to close “absolutely imminently” a agreement- and Teruel Exists (1), which already included numerous amendments in Commission.

The ERC deputy Joan Margall has pointed out that he will speed up the negotiation to reach “a good agreement that we still cannot take for granted”, some improvements that will go through guaranteeing the execution of investments in transport infrastructures in Catalonia, solving the lack of municipal secretaries or give new uses for abandoned military infrastructure.

PP, Vox and Citizens against

Instead, they will vote against PP (88), Vox (52), Ciudadanos (9) and the CUP (2), while BNG (1) will will abstain when considering the insufficient Budget for Galicia. The PP deputy Víctor Píriz has confirmed his group’s rejection of a “bad solemnity” Budget, which “is nothing more than a flight forward by (the Prime Minister, Pedro) Sánchez, the start of his electoral campaign with everyone’s money.”

“Spain is going very badly”, summed up the Vox spokesman, Iván Espinosa de los Monteros -whose formation has not registered any amendments-, who has rejected a Budget whose function only is to benefit “a single person, Pedro Sánchez” and that “consolidates a chronic structural deficit”.

The citizen’s deputy Maria Munoz He has charged against “irresponsible” Budgets that “will end up having perverse consequences for this country” and has confirmed the vote against his group, among other reasons, for devoting 40% of spending to pensions.

They will be approved in Congress on Thursday.

The debate on partial amendments to the Budget has started -with constant references to the law of only yes is yes- and will last until Thursday, when, if everything progresses as planned, it will be approved for referral to the Senate.

These would be the Government’s third budgets and predictably the last, since the calendar would coincide with the parliamentary procedure of some possible accounts for 2024 with the dissolution of the Cortes and the electoral campaign. The 2022 Budgets were approved in Congress with 188 votes in favor of the PSOE, United We Can, ERC, PNV, EH Bildu, PDeCat, Más País, Compromís, PRC, Nueva Canarias and Teruel Exists.

This will be the new amount to be received from 2023