The CNMV asks Congress for greater autonomy to hire employees 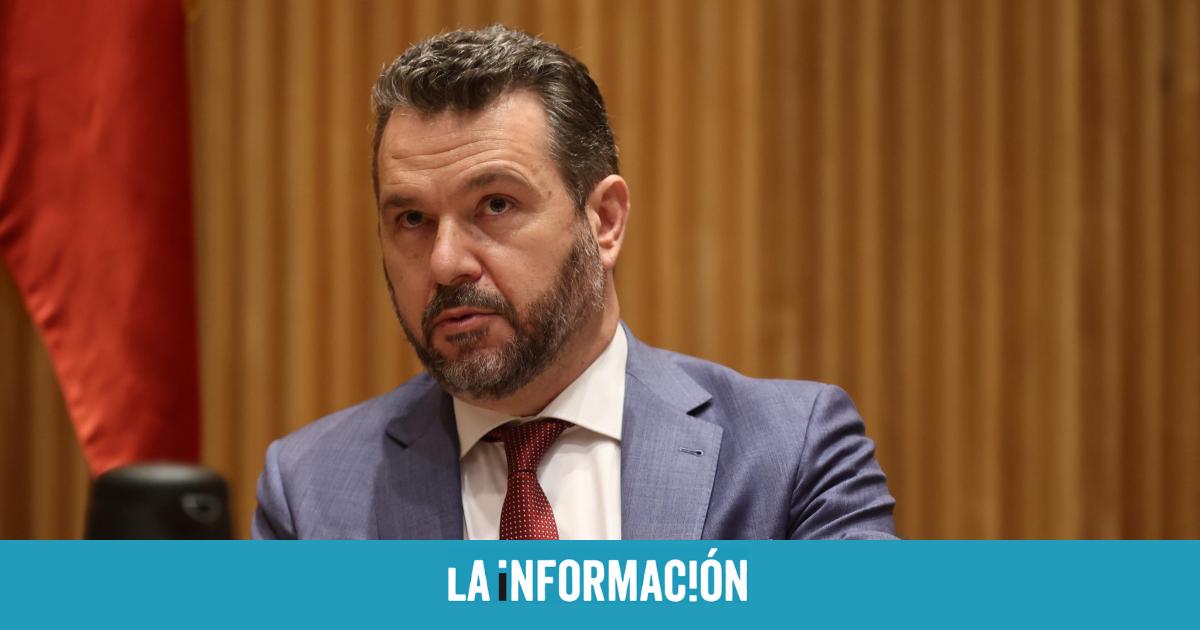 The president of the National Securities Market Commission (CNMV), Rodrigo Bonaventurehas begged the deputies for changes in the stock market bill so that the exemption that it includes by which exempts the CNMV from subjecting itself to the public employment offer for the mere coverage of vacancies cannot be modified in the annual budget laws or that, alternatively, the draft law of General State Budgets to avoid said contradiction.

This has been transferred in his appearance in the Commission of Economic Affairs and Digital Transformation of the Congress of Deputies in relation with the bill on securities markets and investment serviceswhich is in the parliamentary process after the Council of Ministers gave the ‘green light’ to the text last June.

Although Buenaventura has celebrated that the bill introduces “important improvements” that will improve the contribution of the securities markets to the development of the economy and will make the Spanish capital market more competitive, The president of the CNMV has reviewed a series of elements that the body has claimed in recent years and that have not finally been incorporated into the text.

The most important, in his opinion, is that relating to the coverage of vacant positions for CNMV staff. The securities market law introduced a specific provision in 2015 to explicitly exempt the CNMV from subjecting the public employment offer to the mere coverage of vacancies, which is maintained in the new bill.

However, Buenaventura has criticized that said exception has been deactivated year after year through budget laws, which establish permissible renewal percentages for stock market supervisors, which in his opinion supposes a “contraction”.

In this sense, the bill for the General State Budgets contains a rule “that seems to subject the CNMV again to the public employment offer for the coverage of vacancies”pointed out Buenaventura, who has defended that the CNMV “should recover a minimum organizational autonomy respect to the Government as an independent authority”.

“I beg you to consider resolving this issue by amending the bill and explicitly stating that this exemption regarding the offer of public employment contained in the stock market law should not be subject to modification in the annual budget laws or, alternatively, that they transfer to their colleagues in the budget committee that what is contained therein be modified to avoid this contradiction”, the president of the CNMV has demanded.

On the other hand, Buenaventura has lamented that the project does not include “a minimum autonomy” of management in terms of remuneration, when in no another of the main markets of the EU the control on the hiring and remuneration of supervisory employees is done at the level of individual positions and average remuneration for each of the professional categories in which sThe staff of the CNMV is divided, as is currently the case in Spain.

“To operate with true independence and effectiveness The CNMV would require greater management autonomy in micro decisions, but within strict macro control, that is, that we could define remuneration for specific groups or individuals within a maximum number of annual staff and within a spending cap of staff that each year would set this camera on the approval of the General State Budgets”has claimed.

“Without these management tools, the truth is that it will be very difficult for the CNMV to maintain the current level of quality in market supervision”

According to Buenaventura, this would make it possible to adapt career plans, retain workforce more qualified and avoid undercapitalization in certain groups of professionalswithout putting at risk the control of the aggregate cost of personnel and the total number of troops.

“Without these management tools, the truth is that it will be very difficult for the CNMV to maintain the current level of quality in the supervision of the markets and face the new competitions that are to come (the cryptoactive one is the most evident ) and the challenges that technology and new products represent in the field of investor protection”has warned.

Regarding the governance of the CNMV, Buenaventura has described the current model as “outdated” for which the vote for the representatives of the Treasury and the Bank of Spain is maintained in the CNMV council, in addition to the fact that it represents an anomaly in Europe, for which he believes that “it would have been desirable” for the bill to take advantage of to redesign the composition of the board, expanding the number of external directors and leaving ex officio directors with presence but without vote.

Finally, it has proposed that the Spanish law specifically indicate that the institutional instance of accountability of the CNMV is the Committee on Economic Affairs and Digital Transformation of the Congress of Deputies and that the current obligation of the authorities that receive confidential information from the CNMV to adopt the pertinent measures that guarantee the confidentiality and that they can only use said information is maintained. in the framework of fulfilling the functions that are legally established.

All in all, the president of the CNMV has affirmed that the bill on the stock market “represents clear progress in several dimensions that benefit the Spanish stock market very clearly and to the companies that are financed in it” and, therefore, “deserves to be supported”, although he believes that the concrete improvements that he has exposed during his appearance “could be addressed in this phase of amendments”.

The EU commits to zero emissions in new buildings in 2030