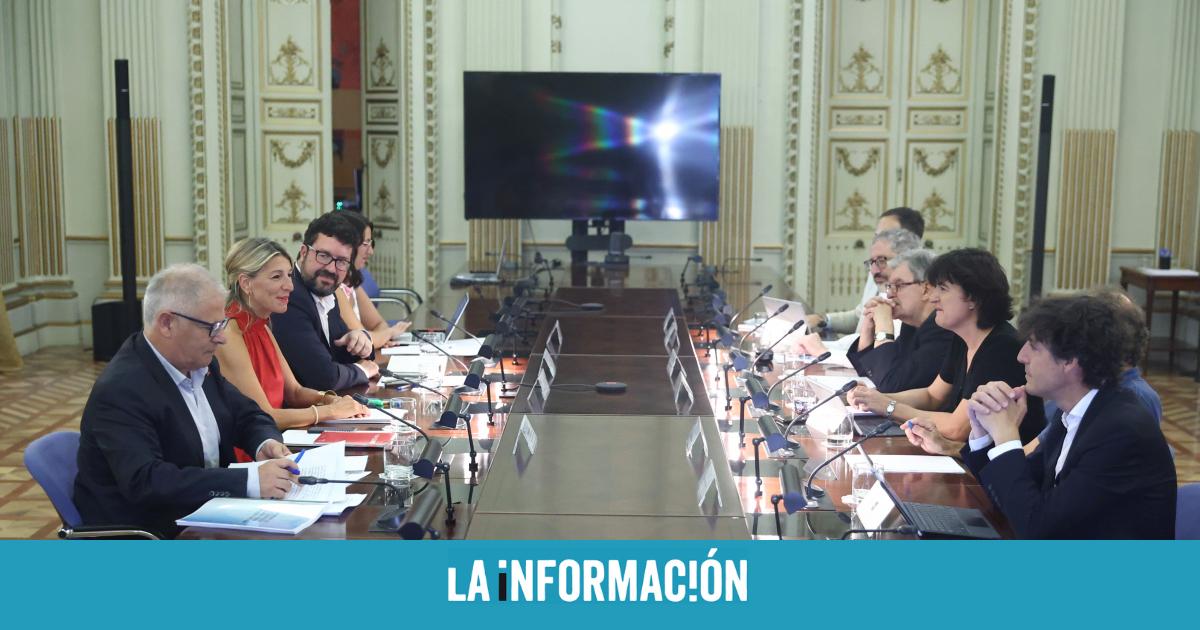 The Committee of Experts that advises the Government on the Interprofessional Minimum Wage (SMI) should have it ready in about a couple of weeks its recommendations report on how much this minimum income should rise in 2023, the year in which, according to what the Executive promised, must reach 60% of the average salary. The Committee, made up of academics, members of the Government and a couple of trade union representatives, will meet again this week to continue working on its recommendations, sources familiar with this meeting informed Europa Press.

The experts received at the beginning of September from the Ministry of Labor the task of determining in “approximately two and a half months what increase would have to be applied next year for the SMI to reach 60% of the average Spanish salary. Said approximate term is fulfilled in the middle of this month.

Specifically, on September 2, Labor entrusted this Commission with “two new tasks” for those two and a half months: update the calculations of the SMI for 2023 according to the average salaries of 2022, since the initial figures were based on the salaries of 2018, and take into account the Bank of Spain report on the SMI and its impact on poverty and inequality.

Once the Commission updates its calculations, Labor will transfer the figure recommended by the experts to the social dialogue table with unions and employers. The SMI has increased in recent years by 33.5%. The first increase raised the minimum wage from 735 euros to 900 euros, in 2019. From that amount, it went to 950 euros in 2020, and later, to 965 euros. In 2022, the SMI reaches 1,000 euros per month for fourteen payments.

Article 27 of the Workers’ Statute establishes that the Government must consult with the social agents on the rise in the SMI -not negotiate it-, although the final decision depends on the Executive. Although not obliged to do so, the second vice president, Yolanda Díaz, will seek the agreement with CCOO, UGT, CEOE and Cepyme, as on previous occasions. The last two times, when the SMI rose from 950 to 965 euros and later from 965 to the current 1,000 euros per month for fourteen payments, Díaz only obtained the unions’ contest in the face of the employers’ refusal, although he did manage to get them to agree when in 2020 it increased from 935 to 950 euros.

The SMI report should be ready in two weeks

Article 27 of the Workers’ Statute also establishes the four parameters that must guide the revaluation of the SMI: inflation, the national average productivity achieved, the increase in the share of labor in national income and the general economic situation. The objective of the portfolio directed by Yolanda Díaz is to comply with its international commitments, alluding to the European Social Charter, and “avoid a fall in the purchasing power of workers” in the face of rising inflation.

The Government’s commitment is to set the SMI at 60% of the average Spanish salary in 2023, “through a dialogue procedure and supported by academic and scientific evidence”, according to the Secretary of State for Employment, Joaquín Pérez Rey. Both Vice President Díaz and Pérez Rey have defended on numerous occasions that the increase in the SMI has not only been compatible with job creation, but that “the year in which the SMI increased the most was the year in which more employment was created in Spain”.

The unions, for their part, trust that the 2023 minimum wage will be at 1,100 euros per month so that their recipients maintain their purchasing power. Although for now it is unknown if the Government will reach that amount, CCOO and UGT have the commitment of Yolanda Díaz herself that the SMI will be equivalent next year to at least 60% of the average Spanish salary, as mandated by the European Social Charter.