the estimated increase for 2023 will be known on November 29 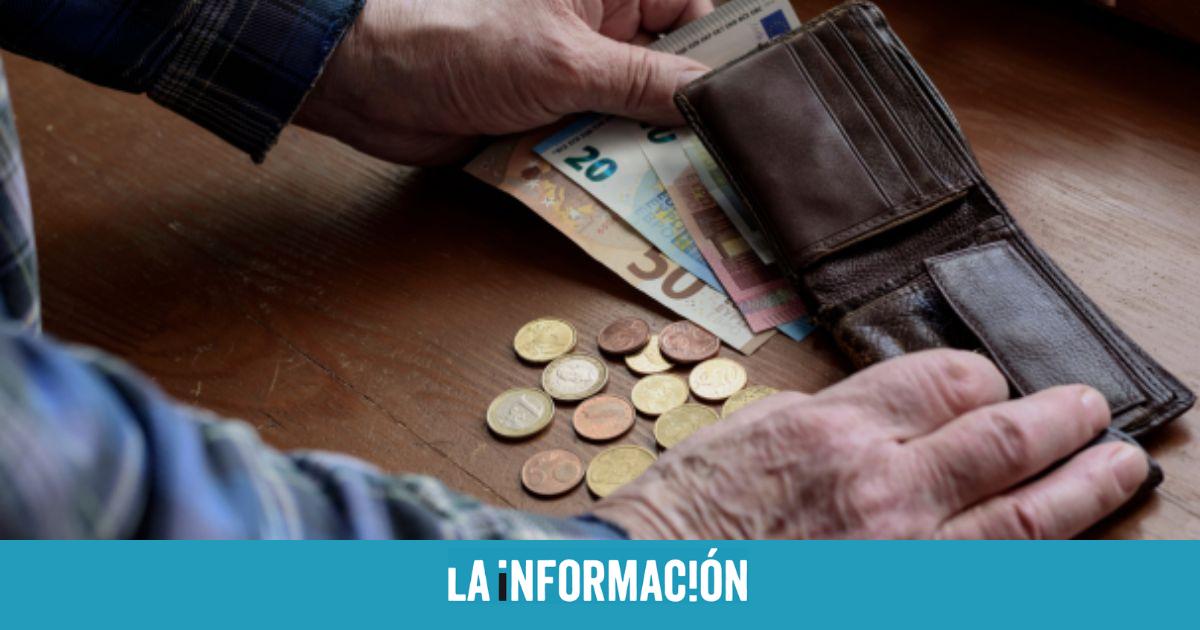 The increase in pensions for 2023, both contributory and non-contributory, will be known exactly this same Tuesday, November 29. The reason is none other than the INE will release the CPI data in advance for this month. Precisely in this sense, it should be remembered that as a result of the first pension reform approved in December of last year, and promoted by the Minister of Migrations, Social Security and Migrations, Jose Luis Escriva, the amount to be received is calculated based on the average CPI of last year. Therefore, the CPI figures must be added from December 2021 to November 2022, and then divide the result by 12. Now, the final data will be released on December 14, when the INE confirm definitively.

In any case, what is known with total certainty is that the increase in all social benefits by at least 8.5%. Moreover, Escrivá announced that the rise could be even higher in the case of the lowest pensions managed by the Institute for the Elderly and Social Services (Imserso). It could also benefit the recipients of the Minimum Vital Income. Another point to take into account is the approval of the second phase of the pension reform, the intention of which is to start rolling from January 1 of next year. But this new measure would not be without controversy, since Escrivá could decree this new law, making it go directly from the Council of Ministers to the Official State Gazette, so it would enter into force one day after it was published in the BOE. That is, yeswithout prior consensus with the social agentsthat is, employers and unions (Cepyme, CEOE, CCOO and UGT).

However, once the text is officially released, the Executive has the obligation to take it to the Lower House, for its approval or repeal, one month later. However, until that moment arrives, it will not be known whether or not this second leg of the pension reform will have the same political support, as happened, at the time, with the first reception, almost a year ago now, with support from partners such as Unidas Podemos, PNV and ERC. One of the most important changes at that time was link the rise in pensions to the CPIwhich replaced the Intergenerational Equity Mechanism (MEI) approved by Mariano Rajoy in 2013. Another unprecedented change was that, from 2021, it is possible get the widow’s pension for common-law couplesas well as the recognition of a supplement to the pension for careers of contribution of 40 years that do not reach 900 euros.

Revalue pensions with the CPI:

Those who now propose different increases according to the level of income open an extemporaneous debate and are not supported by the data. I have explained it in @65ymuchmores: pic.twitter.com/5vHZBXBjVQ

The measures planned for the pension reform

This second phase of the pension reform will be led by the higher rents orwhich includes the increase in maximum contribution bases so that higher salaries contribute more to Social Security, which entails a progressive increase in maximum pensions, which could reach 3,000 euros a month for the first time in the history. Until now, the maximum contribution base stands at 4,139.40 euros, so all those who earn more than this figure contribute equally to Social Security. On the other hand, the Minister of Social Security also proposes to apply changes in partial and active retirement, two modalities that can help alleviate the financial pressure that Social Security currently supports and that will increase in the coming decades with the future retirements of the ‘baby boomers’; those born between 1946 and 1964 marked by the high birth rate.