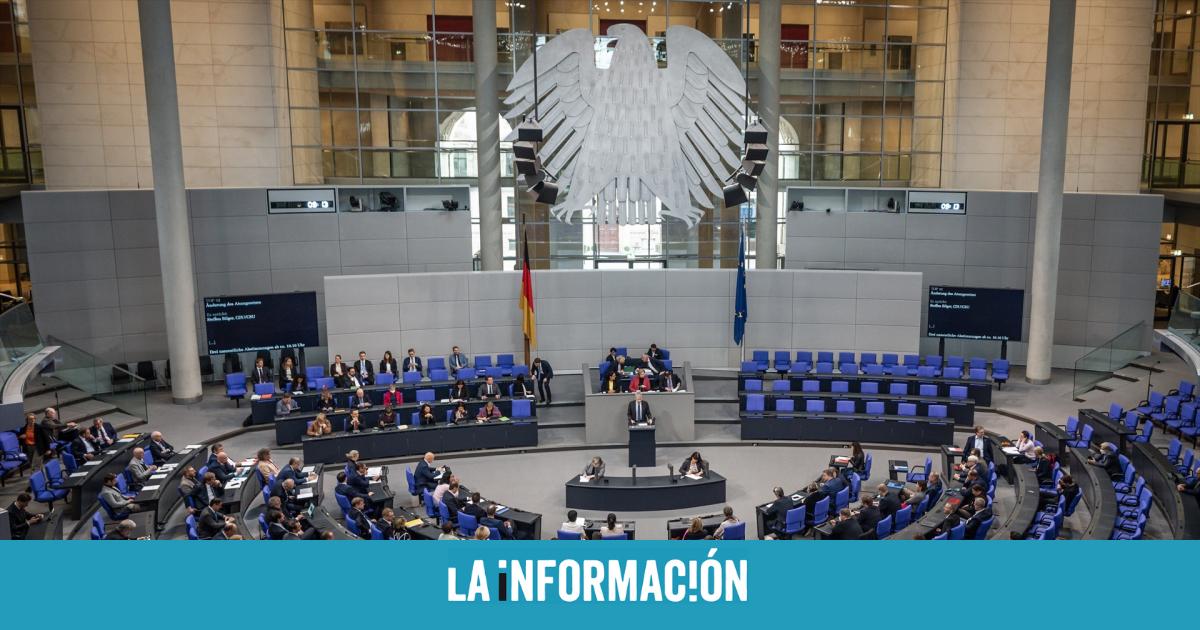 The ‘Bundesrat’, the high camera of the German Parliament and representation of the ‘Länder’, has approved with a wide most the reform of the non-contributory basic social benefit system, which will allow the establishment of as of January the so-called ‘Bürgergeld’ or ‘citizen income’.

The green card to politics comes after the agreement reached in the mediation committee between the two chambers, the ‘Bundestag’ (lower house) and the ‘Bundesrat’. The reform had already been approved by the ‘Bundestag’ but rejected in the ‘Bundesrat’ because the majority of this regional chamber of Parliament is opposed conservativewho estimated that, as it had been proposed, it would reduce the initiative to search for employment.

With the compromise reached, the requirements for ‘citizen income’ beneficiaries have been somewhat tougher compared to the original plans of the government coalition between social democrats, greens and liberals. Failure to comply with the obligation to cooperate can now be penalized from the outset with benefit cuts.

I also know reduced the amount of the estate own self to which the recipients of the citizen income will not have to resort to receive social assistance, as well as the duration of the waiting period during which the proportion of a dwelling is not checked nor the sum of the patrimony.

The citizen income contemplates a significant increase from the 449 euros currently received by the beneficiaries of the basic social benefit to 502 euros per month for single people. In the case of couples, each member will receive 451 euros, respectively; adults under 25 who do not work and live with their parents, 402 euros; the teenagers from 14 to 17 years old, 420 euros; children from 6 to 13 years old, 348 euros; and the under 6 years318 euros.

In addition, the chances of earn other income with odd jobs without the benefit being cut. “Now we have clarity and we can start. We will pay the increased amounts with the beginning of the year,” he announced. Vanessa Hujaresponsible for financial benefits, according to a statement released by the Federal Employment Office (BA).

In a second step, in the middle of the year, the basic elements for further training and qualification will be introduced. In October of this year, 5,331,000 people from 2,826,000 households Germans received the basic social benefit.