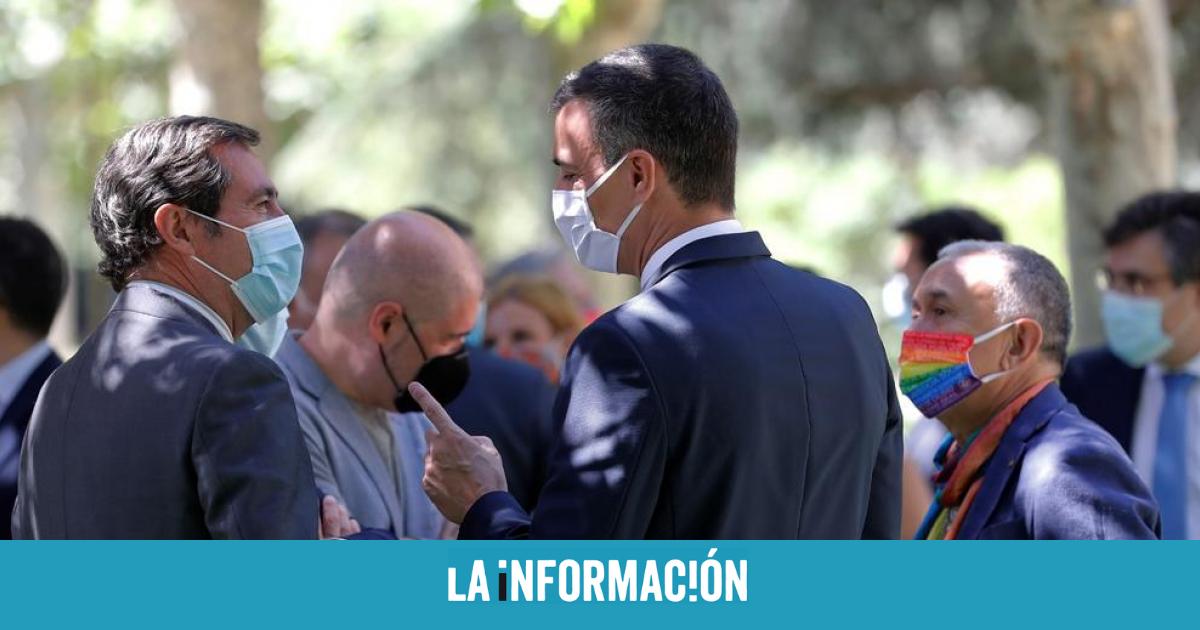 36 days. It is what remains for the year to end -holidays through- and, at this point, the pessimism around the possibility of reaching a rent agreement with the social agents extends into the Government. Despite the fact that the First Vice President and Minister of Economic Affairs, Nadia Calvinowas hopeful this Wednesday in being able to reactivate the tripartite negotiation after the elections in the Spanish Confederation of Business Organizations (CEOE), the truth is that in the ministries of the economic area of ​​the Executive that are more seasoned in the dynamics of social dialogue, it is beginning to be taken for granted. lost the long-awaited rental agreement, as revealed to La Información by government sources that already take it for granted that there will be no ‘photo’ in 2022.

On March 2, the President of the Government, Pedro Sanchez, referred for the first time to the need to reach “a great income agreement” to face the escalation of prices aggravated by the war recently started by Russia in the Ukraine. Executive sources now admit that “everything has gone wrong” around that goal. To begin with, because the social partners did not even understand from the beginning what the Government was referring to when it spoke of an income pact, as was evidenced in the few meetings empty of proposals. The aseptic position of some members of the Council of Ministers did not help, nor did the refusal of employers and unions to give in to their claims.

Nine months after the germ of what seemed to be the grand strategy against inflation – in the style of the Moncloa Pacts– There is no trace of the rental agreement. It is not expected. This is already admitted in private in the Government itself. “It is impossible,” the sources consulted forcefully settle. Everything seemed to indicate that the Executive was waiting for the employers to complete their electoral process -which closed this Wednesday with the re-election of Antonio Garamendi as president for another four years- but the reality is that, with the Consumer Price Index (CPI ) even at such high rates, “there is very little chance, if not any” that businessmen will sit down to negotiate, admit government sources.

“We are going to see if after these elections and with the result that comes out we can reactivate this income agreement, because I believe that the will of all the social agents is there and see if all the incentives align and we can finish agreeing on that issue , which would be very important for our country.” The words pronounced by Calviño this Wednesday were deflated by members of the Government just hours later. In a notably more pessimistic tone, government sources consulted by this outlet lowered expectations and admitted that, at least for the remainder of the year, It will not be possible to reach an agreement with employers and unions.

Everything indicates, therefore -and always according to the sources consulted-, that the incentives to which Calviño referred will hardly be aligned. First, because the main axis of this great income agreement should be the renewal of the Agreement for Employment and Collective Bargaining (AENC) and in the Government they believe that with the CPI still skyrocketing at annual rates of over 7%, the CEOE and the unions, which are in charge of negotiating at that bipartite table, will find it very difficult (if not directly impossible) to reach an an agreement on the salary increase, which is the cornerstone of the AENC. And second, because in the remainder of the year there are still important issues to be negotiated such as the second part of the pension reform or the scholarship holder’s statuteand these matters will inevitably take over the meetings of the social dialogue table.

Another of the key issues on the table is the increase in the interprofessional minimum wage (SMI) and here the sources consulted already take it for granted that the agreement will be closed only with the unions, without counting on the employer. It is true that updating the minimum wage is an exclusive power of the Executive, but by law union and business organizations must be consulted. The Second Vice President and Minister of Labor, Yolanda DiazIt has already assumed that Antonio Garamendi is not going to put his signature on an agreement to raise the SMI, but he is not going to “make noise” on this issue and will choose, as on other occasions, to agree on the figure with the CCOO and UGT in a “quick” negotiation, according to sources familiar with the roadmap planned for the return of the bridge in December.

The Government was waiting for the CEOE elections to pass to resume the pending negotiations (pensions, scholarship holder’s statute…) but in the case of the minimum wage they have lost hope for a long time. The renewed leader of the business organization has spent months publicly rejecting a new increase in labor costs, but after being elected by the employers’ partners for another 4-year term, everything indicates that he will toughen his tone against the Executive and will not make things easy. pacts, since that is one of the demands that the critical sector has been making in the last year (since the labor reform was agreed). In the Executive they do not ignore that reality that is lived in Diego de León.

In a possible rental agreement, everyone must do their part and the Government considers that it has already complied. With measures such as the cap on gas, the reduction in VAT on electricity, the discount on fuel, transport subsidies, the limitation of rents and aid for mortgagees, or the improvement of the Minimum Vital Income and pensions non-contributory, among others of the anti-inflation shield, the Executive has helped to mitigate the impact of the escalation of prices on the pockets of citizens. But it’s not enough. Employers must raise wages by reasonable measures and unions must accept an inevitable loss of purchasing power. This has been demanded by organizations such as the Bank of Spain or, more recently, the International Monetary Fund (IMF), emphasizing the need to avoid an inflationary spiral. The pact is neither there nor expected.