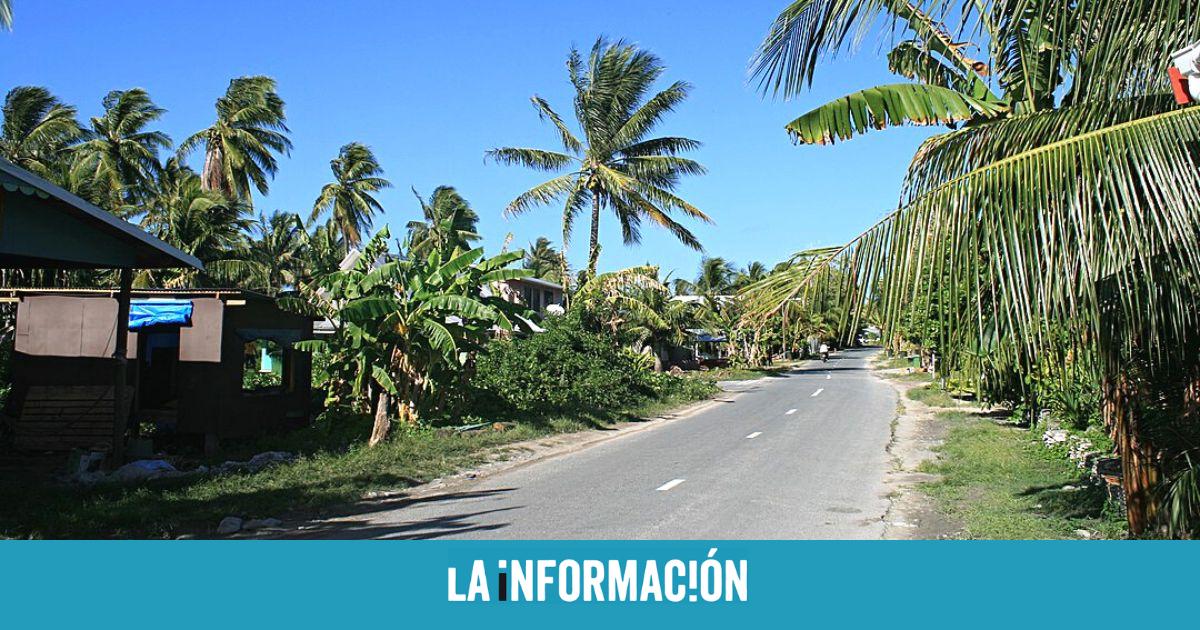 The microstate of Tuvaluanlocated in the middle of the Pacific Ocean between Hawaii and Australia, you could never imagine that would get a large part of their income from the Internet. It was in 1995 when one of those responsible for strategic planning and later Finance Minister of this island, Stephen Boland, received a fax informing him that his nation was entitled to a unique ‘.tv’ domain for the country’s official websites.

While the potential of the Internet was unknown at the time, 25 years later the business has turned out very profitable for this simple detail. With the evolution of social networks and online platforms, this domain has ended up being highly demanded, especially by television or live broadcasts.

With only 11,925 inhabitants on the entire island and surrounded by reefs and corals, this idyllic spot on the Pacific Ocean became independent from the United Kingdom in 1978, when it was part of the Gilbert and Ellice Islands protectorate. Although their industry is based on fishing and agriculture, the lack of land to harvest means that they must import most goods and food. According to World Bank data, its GDP has been increasing over the years and in 2021 its growth was 3% per year, well above other nearby islands such as Fiji or the Solomon Islands. Count with one GDP per capita of $5,291.5while Spain reaches 30,115.7 and China, the second world potential and first in Asia, reaches 12,556.3.

Despite the fact that Internet access is limited on this island, since it arrives mainly through a satellite connectionit is estimated that 1 in 12 dollars of their gross national income comes from the payments that the technological giants must make for the use of this domain, point from The Washington Post.

This is precisely the case of twitchthe live streaming platform owned by Amazon and used ‘.tv’ for all of its domains. In this way, each year Tuvalu receives significant amounts of money for the license it grants to companies. According to Domain Tools More than 455,192 websites use this domain, so all those that are external must pay you extra for the license.

Since 1998 they began to market this license with a specialized Canadian company and shortly after receiving a million dollars for this income, they decided pay the fee to be a member of the UN. Already in 2001 they negotiated with Verisign to generate more than 5 million dollars each year until 2021, when their contract ended. Now a agreement they reached with the company GoDaddy allows them receive more than 10 million dollars annually for the lease of this domain.

Not only is Tuvalu harnessing the potential of its ‘.tv’ domain, it has also become another leader in the digital world after announcing that it would start using the blockchain technology to leave behind the use of cashpoint from Common Wealth Innovation.

Business creation falls 3% until October weighed down by trade