The transporters’ strike loses strength after the rejection from Fenadismer 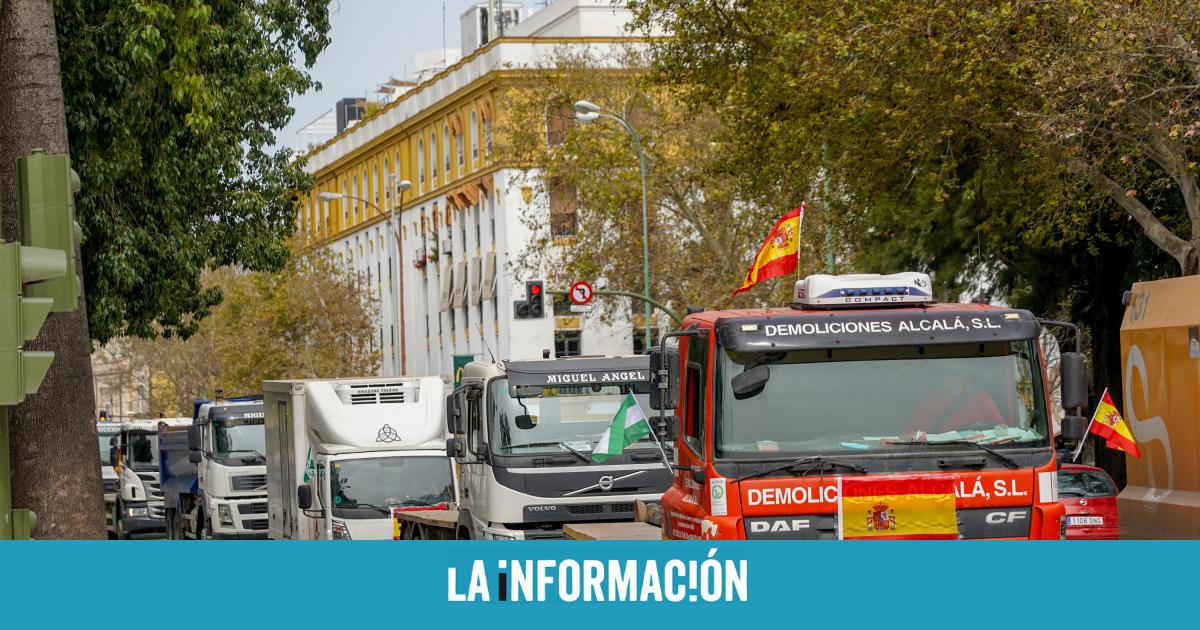 The strike of carriers announced from the Platform for the Defense of the Transport Sector is left without support of the National Federation of Transport Associations of Spain (Fenadismer) after an extraordinary assembly in which it has consulted its associates to go on strike called for next Monday. The response has been unanimous and emphatic, since it considers that the legislative measures recently approved by the Government “do not currently justify carrying out this limit pressure measurement“.

the federation, that brings together more than 30,000 transport SMEs and self-employedwith more than 60,000 vehicles, which, on certain occasions, are integrated into a cooperative system, ensures that the sector is not in the same “critical” situation that went through at the beginning of the year due to the increase in fuel prices, and that led the Platform to call a 20-day strike that Fenadismer seconded. In this sense, he defends that the approved measures have allowed carriers increase your rates and enjoy bonuses and direct aid to compensate for the increase in fuel prices, measures that they hope the Government will commit to extending from January.

Also, it explains that the sector now has legal instruments to improve the activity of carriers, as well as channels to report any non-compliance that occurs in the new approved transport laws. In any case, it asks the conveners to be responsible so that they respect the carriers who decide not to support the strike and continue their professional activity.

Such a decision takes away some of the force from the strike announced for next Monday at the gates of Black Friday and with the supply chain on alert just by remembering the impact suffered by the mobilizations promoted by the same group last March. However, while, seven months ago, the impossibility of covering the “exorbitant” price increases of fuel made many carriers unable to work and it was more profitable for them to stop, right now, the feeling of the sector is that there is no financial need limit as then, as the Fenadismer employers have just recognized.

From March till now, practically all carriers have been able to raise their rates compared to those charged in March, to which has contributed, in addition to the approved measures, the fact that there has been more demand than supply of transport in Spain and throughout Europe. Although the The situation in the sector has improved in recent monthscontinues to experience difficulties, mainly due to the increase in fuel prices, so it is difficult to predict the support that this new lockout may have.

In addition, organizations that are part of the National Committee for Road Transport (CNTC), the sector’s interlocutor body with the Government, like precisely Fenadismer, which represents more than 30,000 SMEs and the self-employed and which joined the March strike, does not support the new call. Secondly, The number of partners that the Platform has is unknown, which has not disclosed this information and has not revealed whether it has grown in size since the March mobilizations. The Platform is not part of the CNTC, which was renewed last year and of which any organization that proves that it represents a certain number of transport authorizations can be a member.

Right now, there are 103,000 companies with transport authorization of goods (about 560,000 trucks), of which half have a single vehicle and 80%, less than 5 vehicles, so it is a “hugely fragmented” sector, Astic’s executive vice president told EFE, Ramon Valdivia. In the spring, the Platform demanded from the Government a regulations prohibiting contracting below costs exploitation of the effective carrier, which was achieved in August, with the approval of the so-called Transport Chain Law, the result of the agreements signed in March between the Government and the CNTC associations.

Until now, contracts of carriage were not required to be in writingIn fact, in the case of the self-employed, only one in ten carriers worked under a written contract, according to Fenadismer. Currently, it is mandatory by law that they all be in writing and that the price of the transport appears and that it must cover the operating costs and, if this does not occur, the carrier has the possibility of filing an anonymous complaint with the Transport Inspectorate .

However, the platform now denounces the breach of the law by the chargers and the “passivity” of the Administration in the control of its application. The main employers recall that the new law has only been in force for three months and “things do not go from white to black in one day”, so they consider that there are no reasons to justify carrying out this extreme measure.

After the agreements reached with the Government in this last year, both structural and economic, the main associations continue betting on the negotiation of the rest of the planned measures. Valdivia has highlighted those related to the regulations of weights and dimensions of vehicles; the creation of a code of good practices and standards applicable to loading and unloading areas and driver rest areas; the low demand for the profession, especially among women, and the review of the subcontracting chain.

In Spain, the Outsourcing has had many links and, a few years ago, a measure was agreed with the Government, called direct action, by which the actual carrier, in the event of non-payment, has the right to claim any member of the chain, including the main shipper, whether he has already paid or not, Valdivia has detailed.

The objective of this measure was, and has been achieved, for shippers to take care of who was in the chain so that a bankruptcy or non-payment would not turn against them, which has reduced it considerably, although “there is still an excess of intermediation on more than one occasion.” The sector is negotiating with the Government how a regulation can be implemented – whose project must be presented until next February – that will fight “against this evil”.