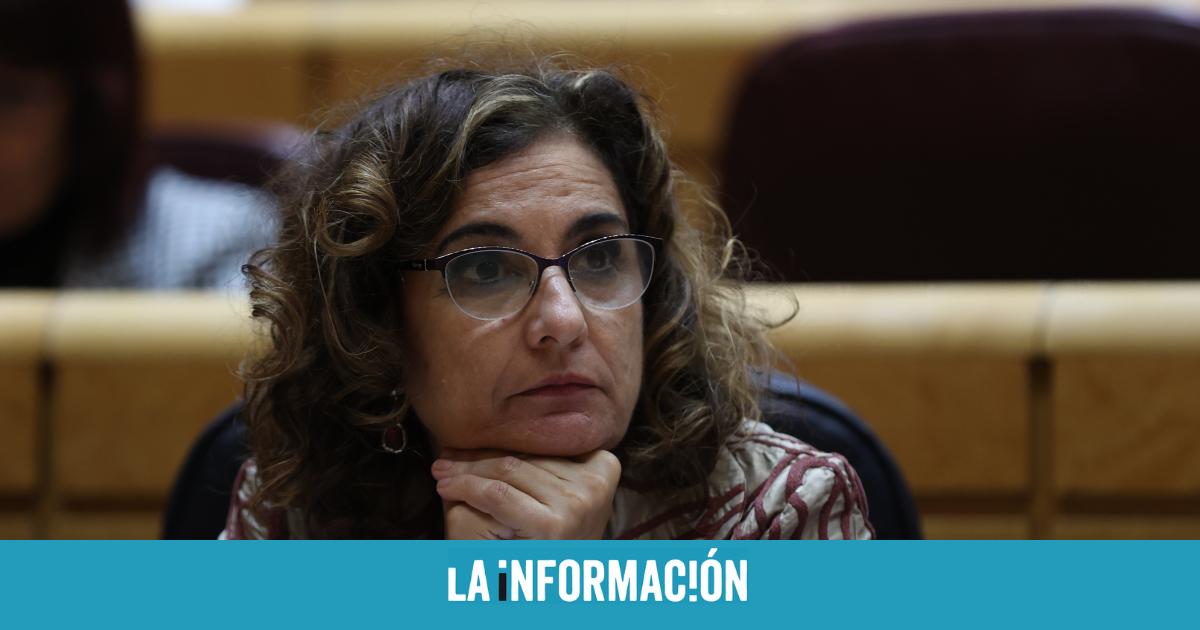 The Treasury calculate a cut of about 400 million euros in the income forecast for 2023 and 2024 for the new energy tax compared to what was initially plannedafter the incorporation of amendments to the bill in the parliamentary process of PNV and PDeCAT and due to the adaptation of the resolution issued by the European Commission once the process had already begun.

After the approval this Thursday by the Congress of Deputies of the bill that includes taxes on energy, banking and large fortunes, the Minister of Finance and Public Function, Maria Jesus Monteroexplained in an interview on the ‘Hoy por Hoy’ program on Cadena Ser, that those 400 million They represent an adjustment of around 10%, compared to the 4,000 million that in principle the Executive anticipated that it was going to collect in 2023 and 2024. Thus, the total collection in two years for this new temporary tribute would be about 3,600 million euros.

Montero explained that having included the amendments of PNV and PDeCAT -which excludes from the net amount of the turnover that corresponding to regulated activities and supposes the application only to the activity that companies carry out in Spain- “It is not a triumph of the lobby” of the energy companies. “I think that we are not exactly suspected of having to succumb to any type of lobby,” the head of the Treasury emphasized.

The bill that includes this tax -and which also incorporates the new temporary tax on banks and large fortunes- was endorsed yesterday by the Congress of Deputies with the support of 186 PSOE deputies, United We Can, ERC, Bildu, Junts, Más País-Equo, Compromís, CC, the CUP and BNG.

On their side, the 152 of the PP, Vox, Ciudadanos, Navarra Suma and Foro Asturias have voted against, and the 10 of the PNV and PDeCAT abstained in a public vote by appeal, requested by Más País and Compromís, which has forced that the deputies were getting up on the bench to announce their vote out loud. Montero believes that “it makes very little sense” that yesterday this vote was requested by appealsince it means prolonging the vote that finally took place after midnight.

Regarding the new temporary tax on banks, Montero has remarked that the Government will continue with its application, despite the opinions issued by different international organizations, such as the European Central Bank. The minister recalled, yes, that “at no time” has the suspension of the implementation of this new tax been recommended. “The European Central Bank He never said that the tax was not contemplatedwhat he did warn is what should be alert about the interests of financial institutions,” explained Montero.