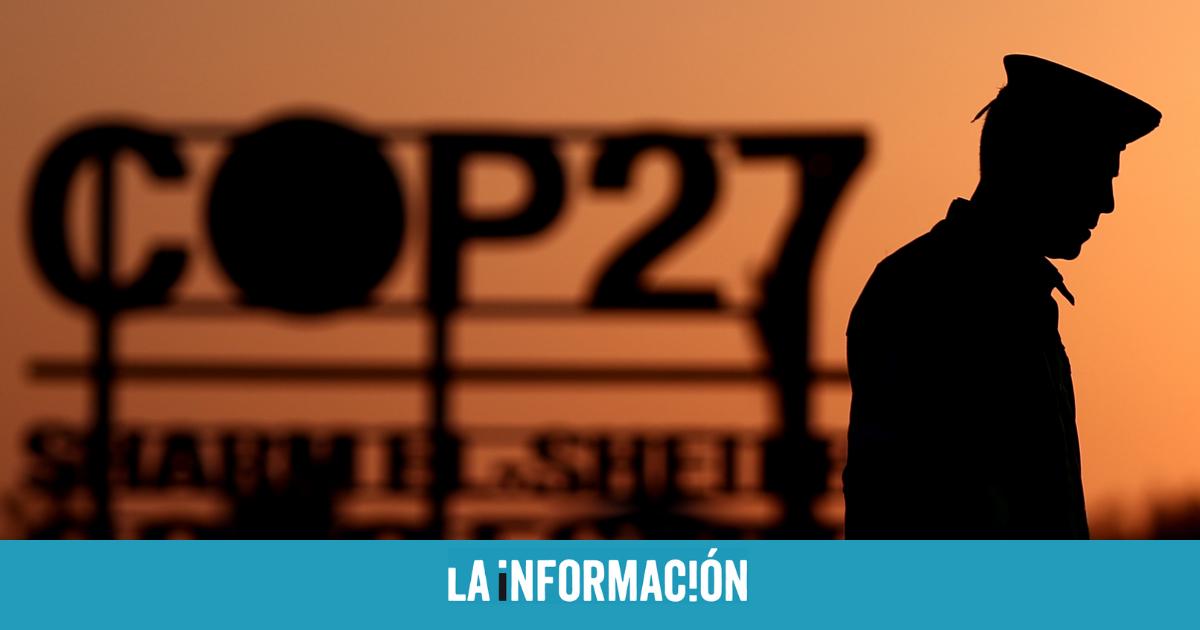 Twelve months that are a world. Since the COP26 opened its doors last year after the Covid-19 break until the opening this Sunday of its 27th edition in Sharm El Sheikh (Egypt), which will last until November 18, little time has passed, but the political scene has changed substantially. The invasion of Ukraine by Russia has caused an energy crisis, which has led European countries to park the short-term climate objectives, reactivating energy generation even with coal.

Although the European Union continues to strengthen its strategy in favor of renewables in the medium and long term, as reflected in the Commission’s proposal called ‘Repower EU’, the urgencies have changed and this could be reflected in the result of COP 27, where they wanted to find a consensus to help developing countries join the fight against climate change and to have the resources to deal with its consequences (droughts or phenomena such as desertification or torrential rains especially affect them), but expectations are low.

The weekly ‘The Economist’ is a great example of this pessimism and this week even points out that it would be convenient to carry out an exercise in realism and recognize that it is impossible to achieve a maximum temperature rise of 1.5º in 2050. There is already a global agreement to inject 100,000 million dollars a year to emerging countries for this purposebut the energy crisis itself and the increased spending on defense are likely to complicate the closing of a more firm commitment throughout COP 27.

According to the United Nations, the latest reports show that although progress has been made – climate finance from developed to developing countries increased between 6% and 17% in 2019-2020– It would not have been reached in the last year for which data is available, which is 2020. The OECD calculates that 17,000 million annually would be missing.

The German President, Frank-Walter Steinmeier, acknowledged this Saturday that he expected the conference to end without significant agreements and doubted the collaboration of Russia and China to achieve them in the midst of a geopolitical scenario in which an armed conflict is taking place. The Asian giant was one of the protagonists of last year’s summit, but due to its silence, and in the final declaration, the oil-producing countries avoided a firm commitment to reduce the use of coal and crude oil. On the contrary, it was the coming-out of Joe Biden.

The American had promised that the country would return to the Paris Agreement if it reached the White House (Donald Trump kept him out) and in Glasgow, together with the European Union, he promoted a global agreement to reduce methane emissions, which are the most polluting, by which 103 countries committed to reducing them by 30% until 2030. What is known as the ‘Methane Pledge’ will be present at COP 27.

At the moment, no data has been released on how this project is progressing. The last public communication on the movement is dated last June and in it, the US, the EU and 11 other countries launched a platform to control reductions in methane gases from the oil and gas industrybut they also linked it to energy security. Russia had invaded Ukraine months ago.

The World Resources Institute (WRI) has carried out extensive work in which it gathers the moment and level of progress of the promises made at last year’s climate conference. The investigation acknowledges that the war in Ukraine has placed the climate urgency in the background, citing the UN Secretary General himself, António Guterres, who so pointed out last September.

However, there have been a number of advances. For example, when it comes to national climate commitments, one of the steps taken in recent months has been Australia, where the change of government has led to an upward revision of the emission reduction targets. If before it promised to cut them between 26 and 28% by 2030 compared to 2005 levels, the aspiration now is to do so by 43%. In addition, seven new countries would have committed to being net zero in 2050 in twelve months, so that the entire G20, with the exception of Mexico, would have already taken the step of becoming goal of climate neutrality by mid-century.

With the exception of Mexico, all G20 countries have already committed to being carbon neutral by 2050

Companies would also have continued to engage, although perhaps less massively than in 2021, when a call was made before COP 26 for them to join. Up to 1,400 companies have set themselves the goal of being carbon neutral by 2050; among them, 780 of the 2,000 largest listed companies in the world.

The alliance to ‘regreen’ finances would also have continued to grow. Yes at COP 26, The Glasgow Financial Alliance for Net Zero (GFANZ) had 450 signatures, the figure has now increased to 500. However, it is not being a bed of roses. WRI recalls that pension funds such as Austria’s Bundespensionskasse AG or Australia’s CBUS, they would have left the alliance because the requirements were very demanding. It has also been rumored that some US banks might drop it because it exposes them to legal risks.

The deployment of renewables is another positive point, since it would continue despite the increase in the price of materials. In 2021, 295 gigawatts (GW) of installed green capacity would have been reached and the International Energy Agency forecasts another 8% increase this year. On the other hand, the war in Ukraine would have forced some European countries to increase the use of coal-fired power generation, even reopening plants; affecting public spending.

“European governments will spend tens of billions of dollars this winter on expand infrastructure and fossil fuel supplies and, at the same time, take unprecedented measures to reduce energy consumption and accelerate renewable energy,” says WRI, citing reports. China, for its part, would have approved new coal mines this year, which does not seem like the best step to advance decarbonization.