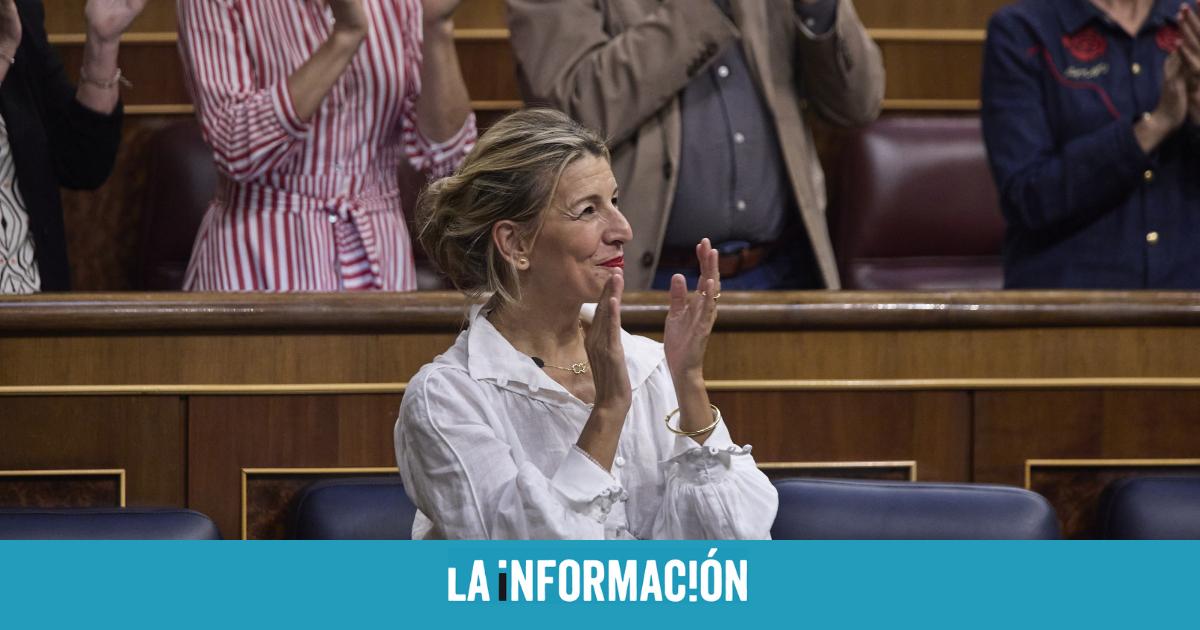 The start of the school and academic year has given a strong boost to employment in the month of October, which registered the creation of 103,499 jobs on average. Affiliations to Social Security advanced last month at their fastest rate since June, at 0.51% (even exceeding the expectations of the Department headed by José Luis Escrivá, which had forecast an increase of 102,000 contributors) and marked their second consecutive month upward. The System now has 20,283,786 affiliates, so it remains above the figure of 20 million that it beat in April. At the same time, the end of the summer season has not prevented the Unemployment seals in October its biggest drop for that month in the entire historical series with a total of 27,027 less unemployed.

For the time being, the Spanish labor market is resisting the onslaught of the energy crisis, inflation and the war in Ukraine, which have colored the outlook for the world economy with uncertainty and which have translated, in fact, into a slowdown in national GDP in the third quarter to 0.2%. Organizations such as the Tax Authority no longer rule out a technical recession between the last quarter of this year and the first of next, but while that is taking place, the peculiarities of the national labor market have played in their favor.

Education has been the most dynamic sector, with a monthly increase in employment of 15.2% and 139,157 more contributors. Thus, the tenth month of the year saw the addition of 90,181 women affiliated with Social Security thanks, above all, to the increase in this sector, while the number of employed men rose by 13,318. In the case of self-employedaffiliations stagnant with an advance of just 0.07% which leaves the number of RETA contributors at 3,332,150.

If the seasonally adjusted data is taken into account (by discounting the effects of the calendar and comparing the employment data of the months in which jobs are usually destroyed with those in which they are generally created), Spain would have registered 16,095 more affiliates in October, also exceeding the Government’s calculations. That yes, only the last day of the month 160,419 jobs were destroyed, which gives an idea of ​​how precariousness continues to affect employment.

The number of unemployed registered in the Public Employment Services Offices at the end of October has decreased by 0.92% in relation to September and by 10.51% if compared to the same month a year ago, when the effects of the covid pandemic on the economy. The number of unemployed stands at 2,914,892. Unemployment fell in all economic sectors, but not in the group without a previous job, where it increased by 2.27%. It decreased in Services (-0.77%), in Agriculture (-8.47%), in Construction (-2%) and in Industry (-0.23%).

Male unemployment fell more strongly than female unemployment, 1.26% in the former compared to 0.69% in the latter. At the same time, unemployment among the youngest increased by 0.88%, with 1,845 more unemployed under 25 years of age. By territories, Registered unemployment falls in ten autonomies, with Andalusia (-18,736), Catalonia (-6,322) and Extremadura (-2,670) registering the greatest falls in absolute terms. On the opposite side, Comunidad Valenciana (3,050), Castilla y León (1,756) and Principality of Asturias (850) lead the increase in unemployment.

Ten months after the entry into force of the labor reform promoted by Yolanda Díaz (and seven after the application of the main novelties in contractual matters), in October, the increase in affiliates with indefinite contracts, which already exceed 2.3 million people compared to the end of 2021. In the last month, specifically, 697,335 permanent contracts (almost 46% of the total) and 826,804 temporary ones, which represent 54.25%, have been registered. Of the former, 263,759 were full-time, 173,742 part-time and 259,834 permanent discontinuous.

The Executive of Pedro Sánchez values ​​the fact that affiliates with contracts of less than 30 days have been reduced by more than 2.8 million. They also point out that the number of workers in ERTE remains stable, with a tendency to gradually reduce, around 17,000 workers. One in two workers is partially suspended, while the sectorial RED mechanism approved for travel agencies protects just over a thousand affiliates.

When is the second installment of the income tax return paid in 2022?