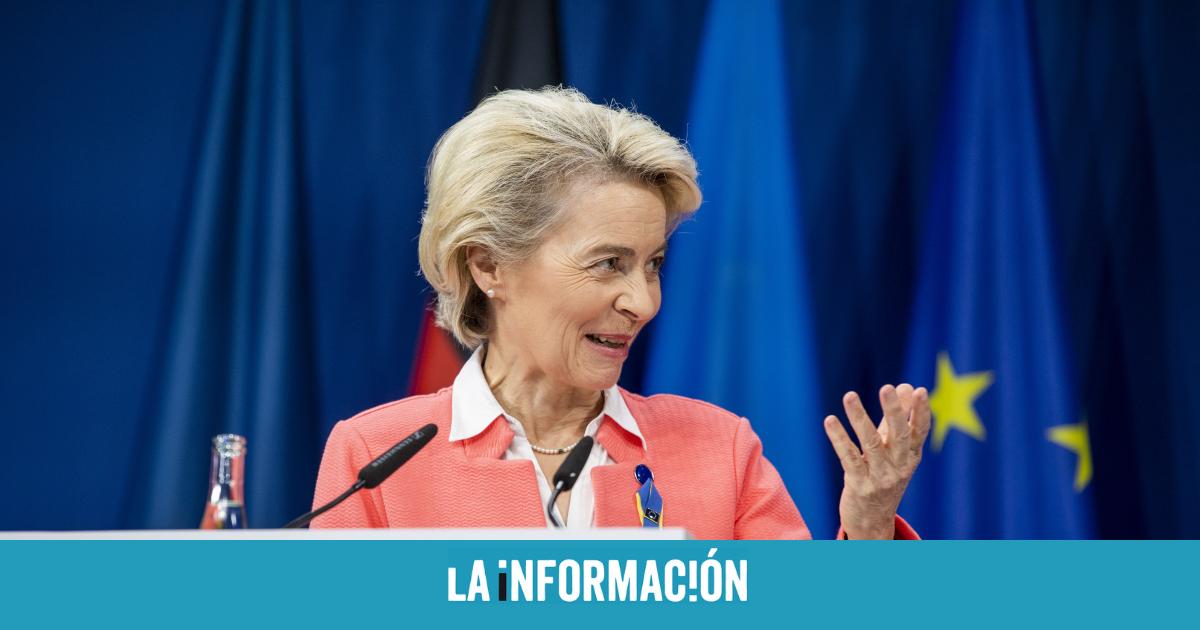 The President of the European Commission, Ursula von der Leyenpromised this Friday that he will present to the Member States a “detailed outline” of a potential mechanism for limit the price of gas purchases before the extraordinary meeting of energy ministers on November 24. The head of the Community Executive sent this message to the President of the European Council, Charles Michaelin a letter to which EFE has had access and which the German firm signs together with the Prime Minister of the Czech Republic, Pter Fialawhose country holds the rotating presidency of the European Union.

“The European Commission will present a detailed outline of the proposal for a market correction mechanism (a temporary cap on the price of gas) that takes into account the conditions and safeguards requested by the member states in time for the energy ministers to discuss it on November 24“, they assure. For her part, the Commissioner for Energy, Kadri Simsonspecified in a message shared on the social network Twitter that Brussels will present “next week” the “outline” of the proposal, while the specific legislative proposal will arrive “quickly later”.

Von der Leyen’s letter responds to a previous letter that Michel sent to Von der Leyen last Monday, in which the former Belgian Prime Minister demanded that Brussels present legislative initiatives “as soon as possible” that complement the measures already proposed by the Community Executive and that the Twenty-seven have been discussing since last October 18 with the intention of reaching an agreement on the 24th. In particular, the Member States are working to carry out the proposal to launch the joint gas purchasessolidarity between community partners in cases of emergency in the supply of this hydrocarbonthe mechanism to limit volatility within a day of your quote and the first steps of the design of an alternative index to the Dutch TTF.

The “Iberian exception” could extend

In the letter, Von der Leyen and Fiala acknowledge that, at their last summit, the EU leaders asked the European Commission to work “urgently” on “additional measures” that “limit episodes of excessive gas prices and in a European framework to limit the price of gas in electricity generation”. The second of these two measures would extend the so-called “Iberian exception” to the entire blocwhile the first would involve introducing a “dynamic” cap on the purchase price of natural gas through the Dutch TTF benchmark, according to the original idea of ​​Brussels.

“The Commission is working closely with the Member States and is fully committed to advancing without delay with concrete proposals to create an efficient market correction mechanism,” promises the President of the Community Executive. “The EU needs to have such a mechanism in place to limit episodes of excessive gas prices like the ones we have known since August”, justify the German and the Czech prime minister.

The possibility of putting a cap on the price of gas purchases is an option that divides community partnerswith Germany Y Netherlands leading the group of most reluctant countries. Opposite are the fifteen countries that weeks ago demanded a limit on the price of all hydrocarbon purchases, including Spain.

Guindos denies having responsibility for the report on the banking tax